The DMK on Friday decided to organise seminars across the State protesting the Central government’s move to impose Hindi in all possible avenues.

CHENNAI: The DMK on Friday decided to organise seminars across the State protesting the Central government’s move to impose Hindi in all possible avenues. A resolution to this effect was adopted at the DMK district secretaries meeting held at the party headquarters here.

Recalling the anti-Hindi agitations in Tamil Nadu during 1937-38 and in 1965, the resolution drew attention to the promise made by former prime minister Jawaharlal Nehru that English would continue as a link language until non-Hindi speaking people desired. But, the BJP-led government at the Centre had been making many moves that would violate the promise. 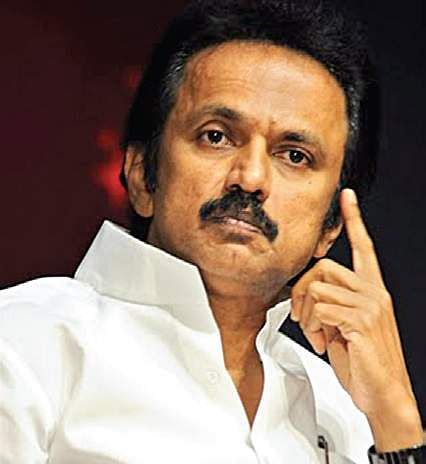 as a primary language in all universities, etc., show that the Centre is keen on imposing Hindi,” the resolution said, adding that President Pranab Mukherjee had recently approved proposals that made it mandatory for the Prime Minister and other ministers to answer in Parliament only in Hindi. The Centre seems to have the least concern for non-Hindi speaking people, the resolution added.

The meeting urged the Centre to immediately give up its fixation on imposing Hindi and pushing Tamil to second place.

In all, the district secretaries meet adopted seven resolutions, including urging the Centre to give Presidential assent for the two NEET Bills, asking the State government to implement total prohibition, take steps on a war footing to mitigate drinking water supply and address the agrarian distress.