Plea in HC to allow Stalin to inspect water bodies

CHENNAI: A writ plea has been made in the Madras High Court for a directive to government authorities not to prevent DMK working president MK Stalin from inspecting the desilting works by party cadres in lakes and tanks in the State.Justice M Duraiswamy, before whom the petition filed by DMK, by its legal wing secretary R Girirajan, came up for hearing on Tuesday, adjourned it to August 4 for filing counter. 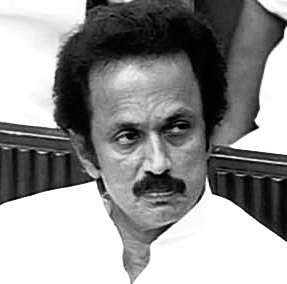 According to petitioner, as the State government allegedly did not undertake any desilting of water bodies in the State, Stalin requested party cadre to do the work,  so that people may not face water scarcity and agriculture would not be affected. In response to this call, the cadre started desilting tanks and lakes. Stalin was touring the State to inspect the works. He has so far visited Kancheepuram and Thoothukudi and Tiruvannamalai. The government, fazed by the enormous support from people for DMK’s desilting campaign, has adopted various methods to thwart the campaign with the help of its machinery.

When Stalin went to inspect Kacharayanpalayam tank near Konganapuram, which was recently desilted by DMK cadre and to interact with the public on social issues on July 27, his car was stopped by police near Kaniyur toll plaza and he was detained in a wedding  hall. Later, an order was passed by Assistant Commissioner of Police, denying permission for holding a human chain protest demanding withdrawal of NEET and the same was used as a justification to detain him and prevent his visit. The human chain protest, which was to be conducted at a different place and time, was in no way connected to his visit to Konganapuram, a suburban area in Salem district, petitioner stated.

The government action was an apparent action of political retaliation as the tank was located in the constituency represented by Chief Minister and Stalin’s visit would highlight the lackadaisical attitude of State towards water management. The cadre of the ruling party were annoyed by the desilting done, which exposed the incapacity of government to respond to the needs of people. Freedom of speech, movement and assembly, being fundamental rights, cannot be arbitrarily restricted. The attempt to prevent Stalin’s visit would be violative of the  Constitution, he said.

Last week’s thwarted visit
According to the petitioner, on July 27, an order was passed by Assistant Commissioner of Police, denying permission for holding a human chain protest demanding withdrawal of NEET and the same was used as a justification to detain Stalin and prevent his visit to Konganapuram.