Cyclone ‘Ockhi’ that hit Kanniyakumari fishermen was worse than the 2004 tsunami. Hundreds of people died in five minutes without knowing what killed them.

Fr Churchill
Cyclone ‘Ockhi’ that hit Kanniyakumari fishermen was worse than the 2004 tsunami. Hundreds of people died in five minutes without knowing what killed them. The fishermen who were stranded in Ockhi faced a much more traumatic death.

They swam endlessly without food, water or shelter hoping that rescue would come by next morning. They died little by little losing hope with every passing day. We were born in these strong winds and rough seas. But we have never experienced a super-cyclone in the middle of the sea. 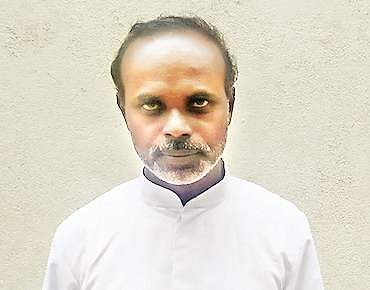 At 6 pm on November 29, the fisheries department and local administration announced that winds at 40-60 kpmh will hit the coast. We were advised to stay ashore. Had the government given the information a little earlier, we would have prevented hundreds of fishermen from venturing into the sea. For, five hours before the government’s announcement, hundreds of fishermen darted into the horizon with their mechanised or fibre fishing boats. They had already gone over 50 km into the waters.

Kanniyakumari fishermen are known not only for deep-sea fishing, but also for mutiple-day fishing. They pack their supplies, sail far and stay in the waters for even up to a couple of weeks at times. These fishermen were further away.

Signal on mobile phones last only till the fishermen hit the 25 km mark. There were over 4,000 fisherman dotting the waters when the announcement was made. The ones closer to the coast returned at the earliest. Beyond the network limit, they only had one point of communication: their wireless devices. The devices did not sound a cyclone alert.

The government had the resources to inform people at mid-sea about the cyclone. They had helicopters and aircraft. They even have Coast Guard and Navy patrol. Yet, they failed to relay information in the hour of need.

Had the alert given to us been shared simultaneously with the fishermen at sea, many would have returned to the shore or at least moved out of harm’s area. On the evening of November 30 and on December 1, nearly 1,000 fisherman returned to the shores at Colachel and Muttam. They reported that two mechanised boats had sunk and 14 fishermen had died in front of their eyes as they didn’t have assistance. We alerted the government immediately. Over 250 mechanised boats were already in mid sea. We alerted the government. They said that there are 12 ships and three helicopters and one aircraft on the rescue mission.

Had the rescue mission started at least by December 1, hundreds of lives could have been saved. Our fishermen are physically and psychologically strong and can sustain at least two days without food, water or instruments to guide. They know this sea like the back of their hand.

Disappointed by the tardy rescue operations, our fishermen decided to start their own mission. Four days after cyclone, 20 fishermen from Thoothoor village went in search of their mates. Returning after three days, they found no fisherman alive. Instead, they saw bodies floating and stinking on the water. They couldn’t recover the decomposing body, but took videos and photos instead.

In the ocean, they found a mechanised boat named Shriragini from Neerodi in which 13 youth were fishing. These were graduates who could not find jobs elsewhere. They bought this boat second-hand and had been out into the sea twice successfully. They set out for the third time to get a catch for Christmas.
Eight days after the cyclone, rescuers found parts of the boat and a decaying body within a life jacket. Nearby, two life boats were afloat. Despite their bright colours and floating debris and people around, none spotted them.

Long story short, the missing have not been declared dead. They use the rules of the land to the sea. The State wants to wait for seven years to declare them dead when their families are suffering now.
You can hear wailing family member in almost every household. They are toggling between hope and despair.
(As told to Sushmitha Ramakrishnan; Fr Churchill is the General Secretary, South Asian Fishermen Fraternity)