CHENNAI: The lull that followed brisk activity at Keezhadi near Madurai, a promising site for unearthing evidence to establish  existence of an urban culture in ancient Tamil Nadu, has led to many eyebrows being raised with some even questioning the motive behind stopping the excavation. Two seasons of excavation at the site by the Bangalore-based Excavation Branch of Archaeological Survey of India (ASI), yielded 5, 600 artefacts from 102 trenches. 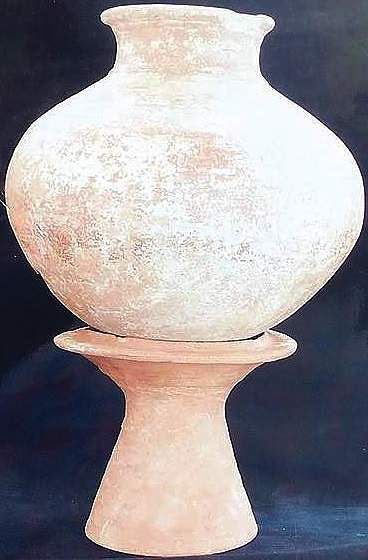 A case was filed before the Madurai Bench of Madras High Court in September last praying for an order to stop ferrying the findings to Bengaluru for examination. Subsequently, the High Court ordered not to move the treasures from the site initially and later agreed to transport them to Dehradun. The chorus for setting up a site museum grew louder with several political parties in the State lending support   to the demand.
The Keezhadi excavation has generated much heat now with political parties taking up the issue. The State secretary of CPI (M) G Ramakrishnan recently raised the issue alleging a ‘political design’ in halting the excavations saying people at the helm of affairs in Delhi were bent upon blocking the work as it would show ancient Tamil culture in new light.

However, the Union Minister for Culture in his response to a letter by DMK working president M K Stalin maintained that excavations were halted as a report from the authorities concerned was awaited.
Experts in the field express contradictory views over stoppage of the work.

“A final report is usually sought only when the third season is completed. But in the case of Keezhadi, I wonder why they are asking for a report well before the third season begins. When the Excavation Branch of ASI itself is engaged in the assignment, there is no need for halting even temporarily,” argued a veteran archaeologist in the State.

He noted that the nod had been given to conduct further excavations at two sites - Vadnagar, Gujarat, the birthplace of Prime Minister Narendra Modi and Binjor in Rajasthan - for the third season, while permission had been granted for carrying out digging for the first season without seeking a report in Uraine in Bihar.
Another renowned archaeologist here flayed the powerful North Indian lobby for halting the excavation at Keezhadi, saying they may not like proof of the existence of urban culture in ancient Tamil Nadu.
Veteran archaeologist R Nagaswamy contested these accusations saying that “nothing would be lost” if the excavations are halted for a while.

“Various matters are required to be considered as the site belongs to private parties and it is entirely a scientific process that will progress slowly,” he told Express. Closing the trenches won’t affect further excavation as they can be filled and kept covered with tarpaulin for protection, he said.
The materials and artefacts, which include semi-precious stones, pearl beads, ivory, iron, copper implements, terracota figurines, ivory dice and Tamil  Brahmi engraved pottery, seem to lend credence to the existence of an urban culture on the banks of river Vaigai dating back to 3rd century BCE, according to the authorities.
The burnt brick structure found at the site appeared to suggest habitations in the site. Materials have been ferried to the BETA Lab, Florida, US, for C-14 carbon dating. The test results would provide a strong evidence to define ancient Tamil culture.