Stung by a swarm of bees, kin flee leaving dead body behind

Attack began during final rites; 48 treated at GH; four have no major wounds

MADURAI:Struck by grief and with swollen eyes, they were about to pay last respects to the departed soul when some ‘uninvited guests’ shooed them away. And, they were left with no other option, but to run for their life, leaving the corpse behind. 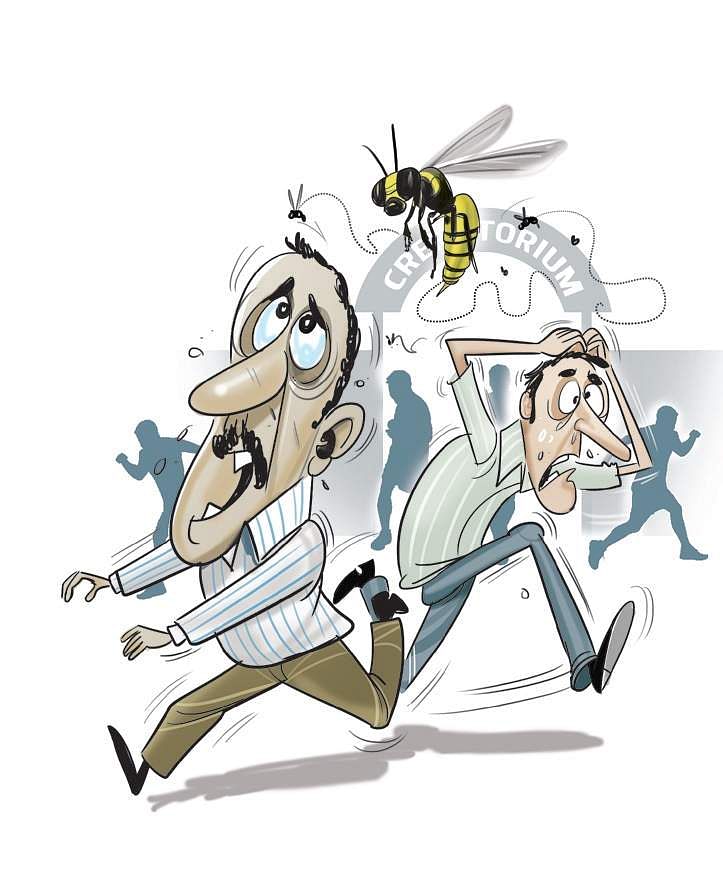 The uninvited guests at the funeral were none other than a swarm of bees. Over 50 people had gathered at a burial ground in Ooranda Urapanur village near Tirumangalam on Tuesday to perform the last rights of Pachaiammal (80). She fell ill ten days ago and passed away on Monday.

The body of the deceased was placed just near the burial pit that was dug for her and the rituals had started. This was the moment when everything went out of control. A swarm of bees from nowhere attacked the group leaving the grieving relatives run away from the spot leaving the corpse behind.

Sources said, the burial ground was closer to an area covered by trees. While they were about to bury the corpse, the mountain bees, around 1,000 in number flew towards the group. The bees chased the people away and stung over 40 people.

Later, the personnel after covering themselves from head to toe, armed with fire torches and bunch of neem leaves to chase away the bees, helped Selvaraj, the son of the deceased, finally lay the corpse in the pit at the burial ground. As many as 48 people, received treatment at Tirumangalam Government Hospital for bee sting. Four persons have been identified as the ones with no major wounds.