In a first, MSU grants free admission to transgender

TIRUNELVELI:  Clad in a blue-couloured salwar just like the other girls in the college is Esakki Muthu alias Dhanam. Right from occupying the first bench in class to sharing lunch with her girl buddies, Esakki’s presence in the classroom is the culmination of a long battle with herself and the community to establish herself as a transgender.

Hailing from a poor family, Esakki was a boy by birth. The Ambasamudram boy went through changes when he was in Class 6. “When I was in Class 10 my teacher spotted the difference in me and informed my mother about the same. My mother watched me closely and asked me to behave like the other boys. But I just could not,” he shared. After he successfully passed out of school in 2015, Esakki secured admission into Manonmaniam Sundaranar University to pursue his BBA in Govindaperi. It was during this period when he felt a lot of changed in him. 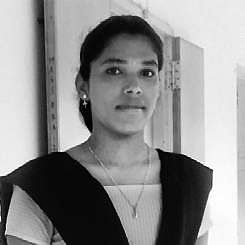 “I completed my first year and decided to walk out of home. I went to Kanniyakumari and started living with other transgenders. While I was with them I started to perform on stage. The dance shows helped me earn my living,” Esakki smiled.

In February, 2017 Esakki underwent a sex change surgery at a private hospital in Nagercoil. “My parents were initially scared and opposed the surgery but after the surgery they accepted me and took me home,” he shared. Just a few months ago, when Esakki participated in a function held for transgenders by actor Raghava Lawrence in Tirunelveli, she got to know about the free education offered by Manonmainam Sundaranar University and its Vice-Chancellor inspiring them to study to improve their standard of living.

And today she is a student continuing her BBA (second year) in the same university she discontinued her studies a few years ago.

“I produced my medical certificate and was admitted to the college. Now, I want to only concentrate on studies. My friends and teachers are very friendly with me too.” Recalling her childhood dreams, an emotional Esakki said, “My father suffered a stroke and could not work. My mother was the breadwinner of the family. She earned her income by rolling beedis. I aspire to become a police officer or work in any other government services like Village Administrative Officer.

I want to serve the society and take care of my parents and younger brother.” How friendly is Esakki in class though? “The girls in class consider Esakki as a girl and all of us are friendly with her. She usually sits along with us while having food,” shared Caroline, Esakki’s classmate. Meanwhile the boys in her class said that Esakki was never treated differently. Today, Esakki’s parents have accepted her. “She is our child, we support her and want her to study and take care of the family.” Stating that free education to transgender was approved by the university syndicate, Vice Chancellor K Baskar said, “Free education for transgenders would make a change in the society. Though around 800 seats were available for transgenders, we received only one application from a transgender at MSU in Govindaperi. Two others come forward, but eventually did not turn up.”

Now we are on Telegram too. Follow us for updates
TAGS
Manonmaniam Sundaranar University free admission to transgender sex change surgery