DMK cadre began to make a beeline for Anna Salai near the Anna statue as early as 5 am, after Karunanidhi’s mortal remains were brought to the Rajaji Hall from his CIT Colony house. 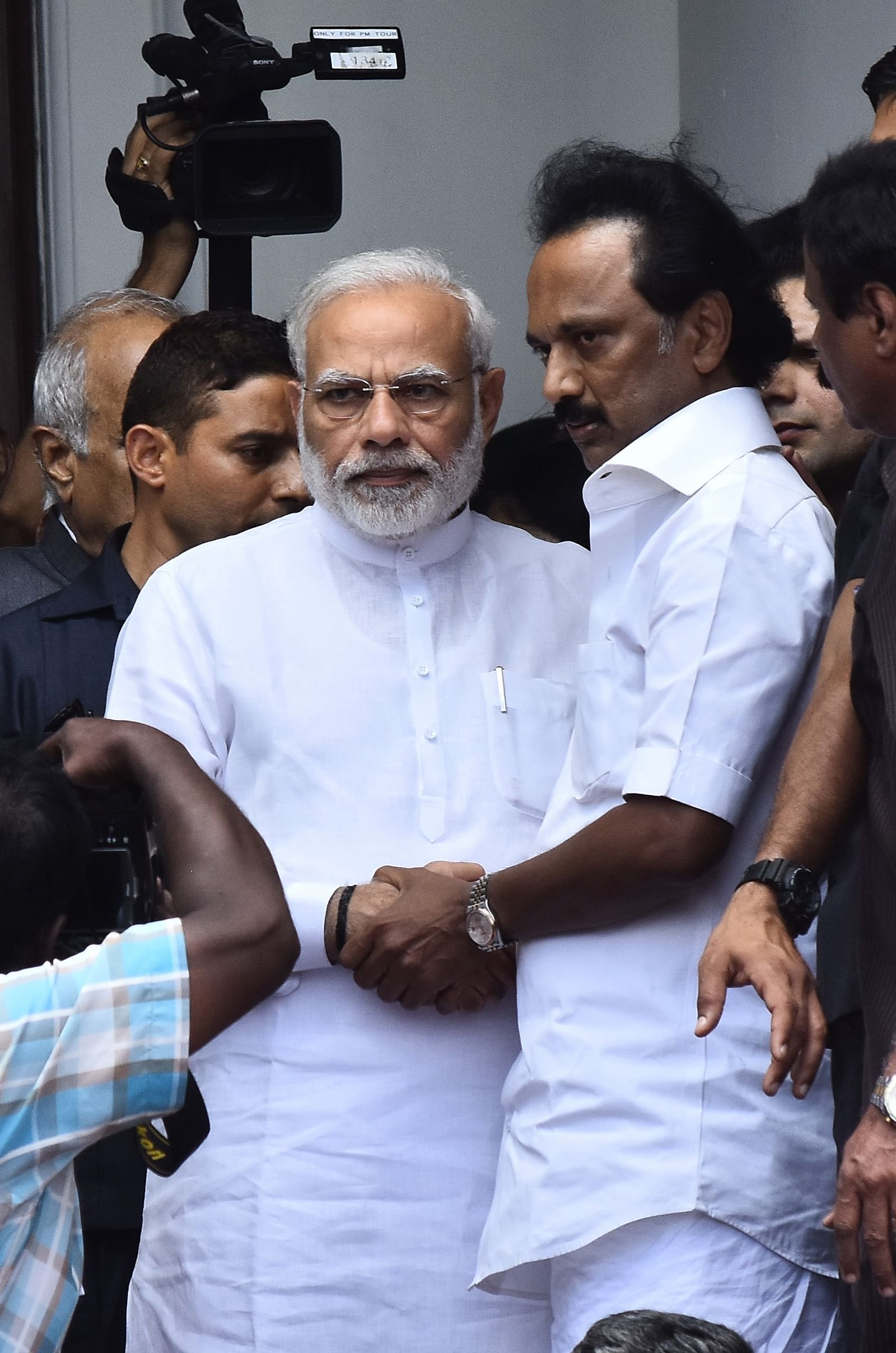 CHENNAI: The historic Rajaji Hall has given room for the mortal remains of many stalwarts.  DMK president M Karunanidhi, who paid homage to many of them in this place, received the respects from others on Wednesday. The entire complex looked like a sea of humanity as lakhs of DMK cadre and public thronged the venue to have a last glimpse of their leader. The mortal remains of Karunanidhi were brought from the CIT Colony residence to Rajaji Hall at 5.35 am.DMK working president MK Stalin and his family members and senior functionaries of the party also arrived there. From 6 am onwards, leaders and people from all walks of life started paying homage to the late leader at Rajaji hall.

Even as the DMK’s petition was heard at the residence of acting Chief Justice of Madras High Court seeking space for burial of Karunanidhi on the Marina, Deputy Speaker of Lok Sabha M Thambidurai, Chief Minister Edappadi K Palaniswami, Deputy Chief Minister O Panneerselvam, Fisheries Minister D Jayakumar paid homage to Karunanidhi at Rajaji Hall.  At that time, Stalin told something to Palaniswami which could not be heard.

Prime Minister Narendra Modi placed a wreath at the body of Karunanidhi and paid homage and offered condolences to Rajathi Ammal, wife of Karunanidhi, Stalin and Kanimozhi, and left within 10 minutes.
Narendra Modi was accompanied by Defence Minister Nirmala Sitharaman, Union Minister Pon Radhakrishnan and BJP State president Tamilisai Soundararajan. Congress president Rahul Gandhi reached the venue a few hours after Modi left the venue. He remained in the city until the burial of Karunanidhi at Anna Memorial.

DMK cadre began to make a beeline for Anna Salai near the Anna statue as early as 5 am, after Karunanidhi’s mortal remains were brought to the Rajaji Hall from his CIT Colony house. The supporters also kept their spirit high throughout, even as the main gate to the Omandurar Estate was opened for public only around 6.30 am. All the while, thousands of supporters of the Dravidian leader kept shouting slogans “Vendum, Vendum, Marina Vendum” (we want Marina).

Now we are on Telegram too. Follow us for updates
TAGS
Karunanidhi death DMK chief Rajaji Hall Karunanidhi