The address and ration card number of Tamil Nadu residents can be found on the state’s Public Distribution System’s website.

CHENNAI: Your address and ration card number can be found on Tamil Nadu’s Public Distribution System’s website. If you have filed a complaint against ration shops, your phone number too will be up on the site. All it takes are a few clicks to access the information associated with ration cards.

The only immunity citizens have is that their Aadhar number and names are not revealed. When contacted by Express, a senior government official said the details were provided to enhance transparency. However, such information on the website can be exploited in multiple ways, says Raghu Godavarthi from Rethink Aadhar project, that was started to advocate privacy protection. 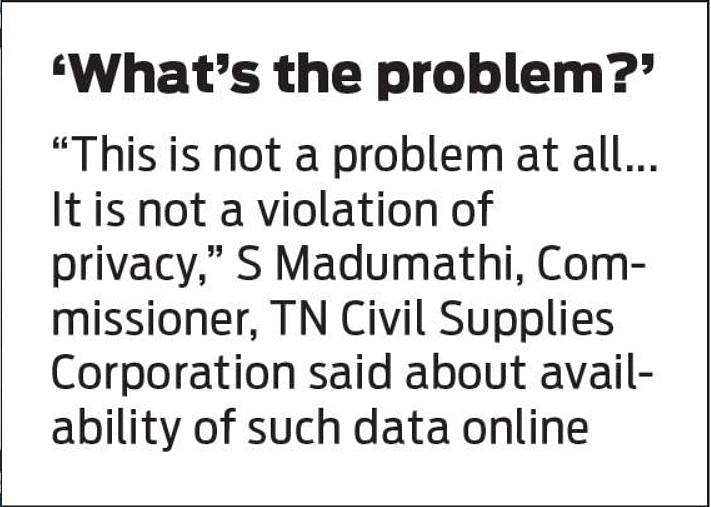 “Conning beneficiaries in the name of phone or door-to-door verification gets much simpler when your data is out in the public domain,” he said. “This makes it easier for a conman to exact more details by posing as an official who has all other details, but just needs Aadhar number for verification.”