P Girinath from Chennai, secured the All India Rank of 51 in Indian Institute of Technology’s Joint Entrance Examination results. 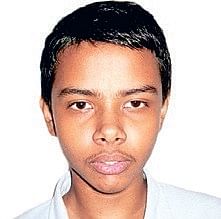 P Girinath secured the All India Rank of 51 in IIT-JEE Advanced.

NEW DELHI/CHENNAI: A Chennai boy, P Girinath, secured the All India Rank of 51 in Indian Institute of Technology’s Joint Entrance Examination (IIT-JEE Advanced) results of which were announced on Sunday morning.

R Raghu Raman secured the AIR of 56 while Andrews George Varghese secured an AIR of 91. Both boys are also from Chennai.  “I was expecting it,” said 17-year-old Raman. “I have been working on this since Class VI,” he said. “I was in the church when my mom received the message,” said Varghese. “I was so happy. I was not expecting to do so well,” he said.

Mavuri Siva Krishna Manohar of Vijayawada, with AIR of 5, topped the Madras Zone, which includes Tamil Nadu, Kerala, Karnataka, Andhra and Telangana. According to data provided by IIT-Kanpur, which organised the exam, 3,595 students from the Madras Zone qualified in the exam. While there was only one candidate from the Zone in the top 10, there were 31 in the top 100 and 129 in the top 500.

In all 18,138 candidates qualified from across seven zones. Seventeen-year-old Pranav Goyal, from Chandigarh, was declared the all-India topper in the exam for 11,279 seats in 23 IITs and some other premier institutes of technology in the country.

Meanwhile, even before the results were known publicly, a Hindi daily published the name of the all-India topper, declaring that he had secured the first rank. As expected, this raised eyebrows, and the IIT-Kanpur ordered a probe into allegations that the result had been leaked.

The Mohali-Panchkula edition of a Hindi newspaper, printed Saturday evening, carried a report that said Goyal, who scored 337 out of 360 marks, held the first rank. Sources in the daily said they got the information from the coaching institute at which Goyal had studied.

IIT-Kanpur authorities said they were looking into how the report was carried, but maintained that with the exam fully online this year and answer keys published, it was possible for students to know their marks and guess their ranks.

The toppers of Chennai

P Girinath (in photo) secured an AIR of 51. R Raghu Raman and Andrews George Varghese secured AIRs of 56 and 91 respectively.