CHENNAI: Union Ministry of Environment, Forest and Climate Change (MoEF&CC) has accorded environmental clearance for Phase-2 modernisation of Chennai Airport, which will be carried out within the existing airport premises without the need for additional land acquisition.

According to Chennai airport officials, the passenger capacity after modernisation of proposed phase-2 modernisation will be 30 million per annum. 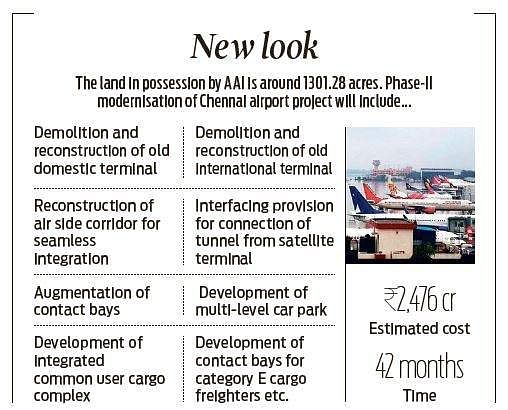 While saying the ministry was satisfied with the modernisation proposal, Kushal Vashist, Director in Union environment ministry, has issued 33 specific conditions in the environmental  clearance that include taking up flood mitigation measures.

During 2015 December rain, Chennai airport was flooded and flight operations were suspended for several days.

In view of this, Airports Authority of India (AAI), which is the project proponent, had been asked to implement the flood control measures recommended by IIT- Madras.

Now we are on Telegram too. Follow us for updates
TAGS
Chennai Airport Airport modernisation