Middle ground of reasoned argument lost in din of protests 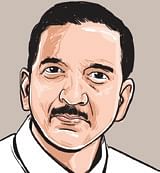 The latest protest is for the proposed 8-lane Chennai to Salem expressway. There is actually no single reason for the protest. Instead, there are a multitude of reasons. Why do we need a highway to Salem when we already have two or three roads on the same route? Why damage the environment by cutting trees and clearing forest areas? Why deprive farmers of their land?

Then there are theories for why the road is being laid. It must be a conspiracy to loot the mineral wealth in the region, or it must be for lucrative road-laying contracts. Everyone has an opinion. Of course there are also the whatabouters. Why is the Chennai-Trichy road not expanded? Why can’t the government only expand the Ulundurpet to Salem road? In the midst of the din, the middle ground of reasoned argument has disappeared. You are either for the project, in which case you must be a BJP or an AIADMK stooge, or you are against the project marking yourself an anti-national or extremist!

Highways are being built all over the country. Agricultural land is acquired from farmers everywhere, trees are cut and forests cleared for roads. In Tamil Nadu itself, one can cite examples of highway projects where more land has been taken or more trees cut. Opposing one project on these grounds, while ignoring the rest makes little sense.

Videos of farmers crying or objecting to their land being taken over can be obtained from anywhere in the State where roads are built. This is not to justify indiscriminate takeover of land, but only to point out that emotions can be raised on just about any government project.

Backward taluks like Cheyyar, Chetput, Harur etc. have a better chance to develop and freight movement improves across a major segment of the State. Access to Coimbatore and the economically bustling western belt of the State gets a boost. An estimated Rs 7 crore in daily fuel saving, plus incalculable quantum of time saved by those travelling, are all benefits.

None of this is to say that one must blindly support the highway project whatever be its costs. Environmental norms must be strictly adhered to. Public consultations must be held. Route realignment must be considered especially in the 13km forest stretch. And of course, the Detailed Project Report (DPR) must be a proper report, unlike the feasibility report that was in parts a cut-and-paste job. The State government’s ham-fisted approach of arresting protesters without launching in parallel a campaign to explain the project does not appear to be well thought though.

We need to find the middle ground on this and many other projects. Asking for all norms to be followed, asking for route realignments, asking for higher compensation for land acquired and asking for all information to be put out transparently by the government would constitute a reasonable approach to this project. And of course, the legal recourse is always there.

Emotionally inciting people, often with false information and dodgy videos, does a disservice to our State and nation. Those who do this knowingly are doing more harm to the people whose cause they claim to espouse.

Now we are on Telegram too. Follow us for updates
TAGS
Tamil Nadu protest farmers agitation Chennai to Salem expressway