The protest at Thoothukudi did not leave the Sterlite employees untouched as a number of agitators sneaked into the residential quarters of the staff and ran amok. 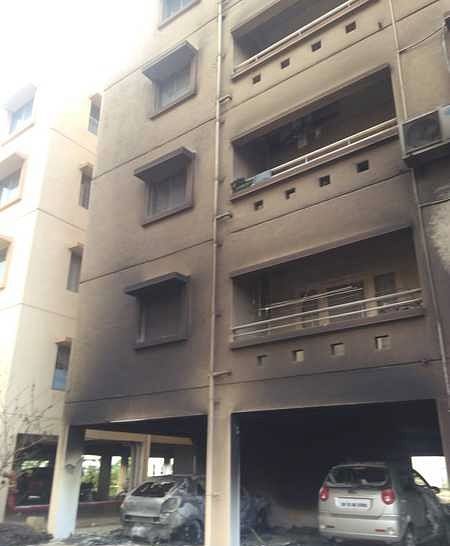 the remnants of cars after the attack | RMR vivekanandan

THOOTHUKUDI: The protest at Thoothukudi did not leave the Sterlite employees untouched as a number of agitators sneaked into the residential quarters of the staff and ran amok. At least 30 vehicles, including cars and bikes, were gutted in the arson attack.

Sources said that the protestors sneaked into the compound during the melee and went on an arson spree. Vehicles and a backup generator were gutted in the incident. The protestors also directed their anger at two fire tender vehicles that came to douse the blaze. None of the staff was injured in the incident.

Over 15 police personnel were admitted to Thoothukudi medical college hospital after sustaining grievous injuries during the clash. Sources said that the injuries of two of the policemen was severe, said sources.
Sources said that when the anti-Sterlite protest took a violent turn, the protesters and the police clashed at various places.

Policemen manning the collectorate and outposts were pelted with stones. During the melee, the protestors caught hold of two policemen separated from their main company and were assaulted.

At FCI godown, Third Mile and Teachers colony, the mob countered the police lathi charge by hurling stones. The unruly mob roughed the police, including women police, with logs and iron rod.

Now we are on Telegram too. Follow us for updates
TAGS
Thoothukudi Sterlite