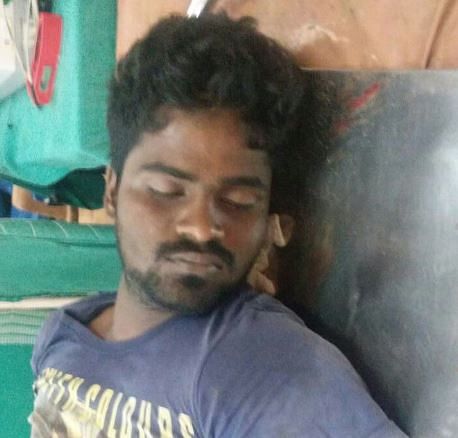 THOOTHUKUDI: The coastal town of Thoothukudi remained on the boil Wednesday as police opened fire against protesters for the second consecutive day killing one Kalliappan (22), injuring others and taking the death toll to 12.

As protesters continued to clash with police personnel, whose strength had reportedly been doubled, the State government, Wednesday evening, transferred both Superintendent of Police and the Collector of Thoothukudi district.

It also asked telecom companies to suspend internet services in Thoothukudi, and neighbouring Tirunelveli and Kanyakumari districts till May 27 to stem the spread of "provocative messages" and "half-truths" on social media. Prohibitory orders under Section 144 were extended to Thoothukudi and Tiruchendur taluks.

While some normalcy had returned to the town Tuesday evening, on Wednesday morning tension prevailed outside the Thoothukudi medical college hospital as relatives of those killed in police firing, joined by anti-Sterlite protesters, laid siege to the facility and refused to receive the bodies till the Sterlite Copper unit in the district was shut.

The kin alleged district administration had been harsh with them and denied permission to visit the dead. Women alleged they had been abused and shooed off by police.

As crowds started forming at the hospital premises, police strength was beefed up. Collector N Venkatesh visited the injured at the hospital amid tight police security but preferred not to engage with sloganeering protesters who demanded an explanation for the police firing. Eventually, clashes between protesters and police erupted as the former refused to leave the premises.

Police fired in the air and resorted to lathi-charge against kin of deceased and protesters, many sustaining injuries in the process.

As news of the lathi-charge spread, violence broke out at various places at Palayamkottai road, Bryant Nagar, Anna Nagar and Threspuram even as police presence had been boosted in these and other sensitive locations such as Mattakadai, beach road and other seashore hamlets from Vembar till Periyathalai.

Police urged the public to remain at home, to little effect with SP P Mahendran sustaining injuries from stone pelting at Anna Nagar while on patrol.

An anti-Sterlite mob set fire to a police vehicle at Bryant Nagar and similar rioting broke out in various parts of the town. Police fired tear gas to disperse crowds and in Anna Nagar opened fire at a violent mob. One protester was shot dead and his body was shifted to the ThMCH, where at least 70 others were receiving treatment for injuries.

According to a release from Thoothukudi police, on Tuesday many government buildings had been damaged and 127 vehicles ablaze leading to lathi charge and police firing.

"Police has again opened fire to control the situation... Situation is under control," the release said.

Several residents expressed fear that people had gone missing but officials claimed those missing had been detained for rioting and were safe. Meanwhile, normal life was paralysed as bus and other transport services were suspended.

Now we are on Telegram too. Follow us for updates
TAGS
Thoothukudi police firing Sterlite protest Sterlite Thoothukudi shooting

GDP likely to grow more than 9.5 per cent in FY22: SBI research report