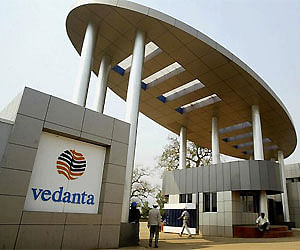 CHENNAI: The death of 13 anti-Sterlite Copper protestors in the police firing in Tuticorin has worsened the situation, focussing the limelight on its parent company Vedanta's environmental violations.

Vedanta has said that it has followed the law at its copper smelter plant on pollution, but environmentalists and other activists point to major unresolved issues at Tuticorin. They also point to several other instances of violations in the past where Vedanta was involved.

"The protest and the killing of 13 persons in the police firing will make it difficult for the Sterlite Copper's smelter plant (owned by Vedanta Ltd) to function again," Nityanand Jayaraman, writer and social activist told IANS adding that "the death of 13 persons would not go in vain."

Even Chief Minister K.Palaniswami has said that the government is against the functioning of the copper smelter plant. The Tamil Nadu Pollution Control Board has directed the plant not to commence production or operation without its consent. The power supply to the plant has been disconnected.

Activists and media reports say Vedanta has often overlooked the legal requirements in many cases. The Wire this week carried a story on how protests have dogged the company for several years. "From 2000 to 2010, the company's alumina and bauxite mining operations in Lanjigarh district and the Niyamgiri hills in Odisha sparked widespread protests and cemented Vedanta's reputation as an egregious polluter and offender of tribal and human rights," the news portal said.

During this ten-year-period, The Wire said, it had also given political contributions to the Congress and BJP -- donations that were held to be in violation of India's Foreign Contribution (Regulation) Act by the Delhi high court.

The company's environmental violations very quickly proved impossible to ignore and drew sharp censure not just from local activists but also international investors and institutions. In 2007, Norway's state pension fund relinquished its holding in the company over what it described as "environmental and human rights violations", the portal said, adding that three years later, prominent investors such as the Church of England the Joseph Rowntree Charitable Trust also sold their stakes for similar reasons.

Its green clearance was pulled away by India's environment ministry in the same year for "violating forests laws in Orissa", it said.

To improve its public image, Vedanta has spent huge amount of money in its corporate social responsibility project and its boss, Anil Agarwal, is a strong supporter of Narendra Modi and his government, often going out of its way to welcome projects launched by the government -- including associating itself with the 'Swachh Bharat' campaign with a group company helping to build 30,000 toilets.

It's campaign for a more benign outlook in media was also widely noted, and criticised. In 2016, the company's sponsorship of the Jaipur Literature Festival's edition in London sparked calls for a boycott campaign, according to The Wire. Over a hundred academics and writers launched a protest campaign and a "Boycott Vedanta JLF" London event, expressing "solidarity with the many communities suffering pollution, illness, oppression, displacement and poverty as a result of Vedanta's operations".

Back in Tuticorin, protestors say efforts are being made to suppress their voice totally. "The police firing seems to crush the anti-copper smelter plant protest as well as to act as a deterrent for other protests in Tamil Nadu," Raja said.

On Tuesday, situation turned for the worse when a huge procession against the Sterlite's copper smelter plant to mark the 100th day of protests were fired upon by police, after incidents of stone-throwing and torching of vehicles by the mob.

The police, who were said to have been outnumbered, resorted to firing resulting in the death of 11 persons. On Wednesday, in fresh firing one more person died and later one person succumbed to his injuries, bringing the death toll to 13.

When asked about the arson, Raja said: "It has to be probed. The people indulged in the arson could be anyone including those in favour of the smelter plant."

Following the protests and police firing, the Tamil Nadu Pollution Control Board (TNPCB) rejected the renewal of consent (for 2018-2023) to operate the first unit of the Sterlite Copper smelter unit in Tuticorin, as it said the establishment had not fulfilled the conditions laid down by it.

The company had planned to double its copper smelting capacity to 800,000 tpa but has failed to adequate answer several allegations of harm to locals from the pollution creating by its existing plant.

The company's plant has been mired in controversy for violation of pollution control norms and other issues, ever since the AIADMK government in early 1990s gave the permission for its construction, after several other Indian states denied the same on grounds of likely environmental damage.

In 2013, the Supreme Court had fined Sterlite Rs 100 crore for polluting the environment in Tuticorin.

According to social activist Jayaraman, the TNPCB and Tuticorin District Administration's analysis of 15 ground water samples in March 2018 showed that all the water sources were polluted and violated the Bureau of Indian Standards norms for drinking water parameters.

Jayaraman said levels of the neurotoxin heavy metal lead were found to be at far higher levels than what is considered safe for drinking water.

He said soon after the 100-day protest began, groundwater samples were taken by the officials from seven locations within the copper smelter plant premises and eight from the villages near the plant.

Jayaraman said the report came to light following queries under the Right to Information Act.

The Tuticorin District Administration, instead of warning the villagers against using the ground water based on the findings, kept the report under wrap, he said.

Tamil Manthan, an anti-Sterlite Copper activist told IANS that people claimed higher incidence of cancer amongst residents near the smelter plant. According to Raja, over 550 new cancer cases were reported by the government hospital in Tuticorin.

One of the placard held by the protestors read: 'Cancer for us and Copper for you?'

Now we are on Telegram too. Follow us for updates
TAGS
Thoothukudi Vedanta tuticorin Sterlite copper plant anti-Sterlite