Amid sloganeering and resistance, police whisked him away before clearing DMK cadre surrounding the police van ferrying him. 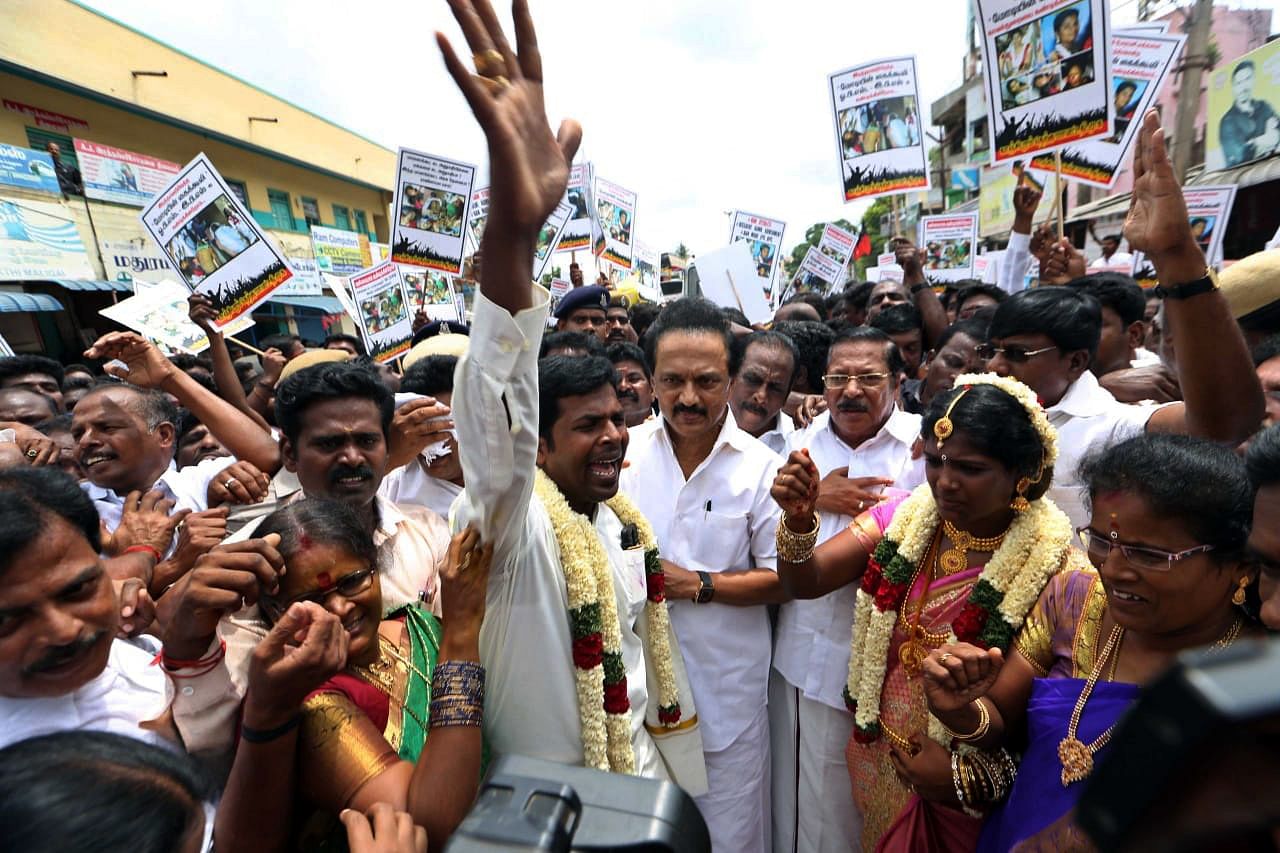 Along with party men, Stalin staged road blockade at Madurantagam near Chennai, after attending a wedding.

Amid sloganeering and resistance, police whisked him away before clearing DMK cadre surrounding the police van ferrying him.

DMK women's wing leader and Rajya Sabha Member Kanimozhi led the stir at Egmore along with VCK leader Thol Thirumavalavan and MMK leader MH Jawahirullah. They were detained when they tried to stage a rail roko after leading a march.

Former Chennai City Mayor and sitting MLA Ma Subramanian and a host of opposition leaders were held in Saidapet when they disrupted the traffic.

Leaders of Congress, DK, IUML, MDMK, CPM and CPI were also arrested during the stir at various places in the State.

'Will take back Kalapani from India through dialogue if come back to power': Oli