After adding 986 new buses to eight transport corporations this year, the transport department has started the process to build 946 new buses next year.

CHENNAI: After adding 986 new buses to eight transport corporations this year, the transport department has started the process to build 946 new buses next year.

The Institute of Road Transport (IRT) has invited bidders to build 946 buses as per the AIS 052, a standard code for building new buses.

According to official records, Coimbatore division of Tamil Nadu State Transport Corporation (TNSTC) which has received 215 buses in the last four months, is to get 255 additional buses.

The Villupuram division of the corporation is to receive 162, while Kumbakonam and Madurai divisions will get 175 and 63 buses respectively.

The State Express Transport Corporation (SETC) which has already received 100 buses so far, will not get any new bus.

According to official transport policy note, eight state transport corporations in the State have a fleet strength of 19,490 (excluding spare buses) and cater to about 1.8 crore passengers a day.
The new buses are expected to increase patronage as the public preferred other modes of transport since January this year when bus fares were raised.

“Once the new buses hit the road, about 2,000 buses would be replaced. We are planning to add 3,000 more new buses in the next two years. Once about 20 to 25 per cent of the fleet is replaced with new buses, public transportation will attract more commuters. The new buses are expected to hit the road in another six months,” said a senior transport official. 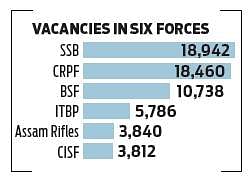