Narendra Modi is not a chowkidar, but DMK is: MK Stalin

Taking a dig at Prime Minister Narendra Modi, Stalin said Modi was not a guard but a thief. 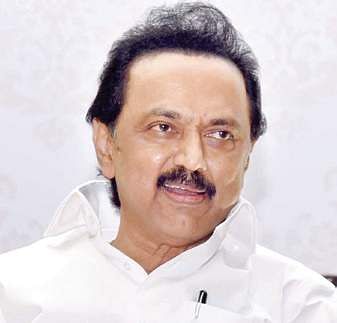 Addressing the members of Labour Progressive Federation (LPF), the labour wing of DMK, Stalin said: “Labour rights can be protected only if all labourers unite. DMK has all rights to celebrate the May Day for its concern towards the labour sector.”

Taking a dig at Prime Minister Narendra Modi, Stalin said Modi was not a guard but a thief. Saying that late DMK chief Karunanidhi took efforts to convince the Union government to announce May 1 as a paid holiday for all the states, Stalin said DMK was the real guard of the labourers.

He further said, “We cannot forget the anti-labour policies of the State and Union governments. The labour rights are being crushed and the farmers’ demands are being ignored. The prime minister did not pay heed to the demands of Tamil Nadu farmers when the latter protested in New Delhi. Therefore, Modi is a sadist.”

Stalin charged that BJP government had mortgaged the rights of 45 crore labourers to a handful of corporates. The labourers and the farmers will get relief on May 23, the day when votes will be counted, he added. Later, Stalin visited villages under Ottapidaram (SC) Assembly constituency.

Now we are on Telegram too. Follow us for updates
TAGS
Narendra Modi chowkidar MK Stalin