Though the viral illness is not fatal, health officials say the residual effect of the virus is a cause of concern and research should be carried out to ascertain it.

CHENNAI: Outbreak of cases of chikungunya fever have been reported in as many as seven districts in Tamil Nadu this year until last month, according to the Union Health Ministry’s data. Though the viral illness is not fatal, health officials say the residual effect of the virus is a cause of concern and research should be carried out to ascertain it.

According to the data of the National Centre for Disease Control, Union Health Ministry, chikungunya outbreak has been reported in Dharmapuri, Salem, Pudukottai, Ramanathapuram, Erode, Tiruchy and Madurai. Meanwhile, the outbreak was reported thrice in Ramanathapuram this year. “Detection of more than the expected cases in a particular locality can be considered as an outbreak of the disease. 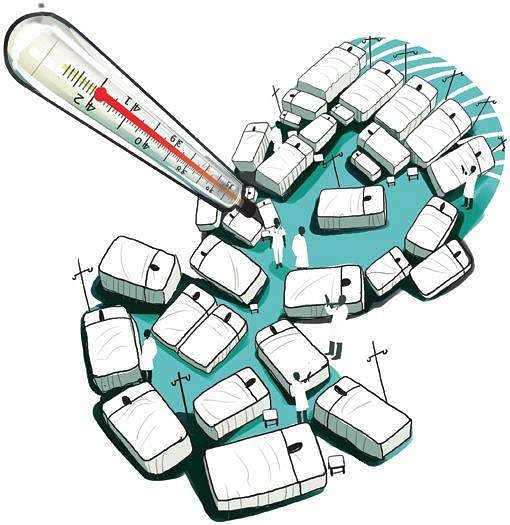 The cases should be epidemiologically linked, that is, the mode of transmission must be from the same source of infection,” said a senior health department official. Chikungunya fever is a non-fatal, viral illness and is caused by the bite of infected Aedes mosquitoes. However, the viral residual effect would last for six months to two years, say officials.

“The people affected by the chikungunya fever would be unable to carry out normal activities for a long period, like they cannot lift or hold anything with hands, and also complain of joint pains. There were cases of complaints from six months to two years,” said K Gopala Rathinam, Regional Entomologist, Directorate of Public Health and Preventive Medicine.

What does the data say?
The data also showed that over 250 cases were reported from January to April in the districts and the State health department carried out fogging and source reduction activities.

Now we are on Telegram too. Follow us for updates
TAGS
chikungunya fever chikungunya