10 CE pillar with Jain inscriptions unearthed near Vandavasi in Tiruvannamalai

A pillar structure with Jain inscriptions on it was unearthed near Vandavasi in Tiruvannamalai district recently.

TIRUVANNAMALAI: A pillar structure with Jain inscriptions on it was unearthed near Vandavasi in Tiruvannamalai district recently. Tiruvannamalai Centre for Historical Research (TCHR) said the inscription engraved on the pillar dates back to 10th century. 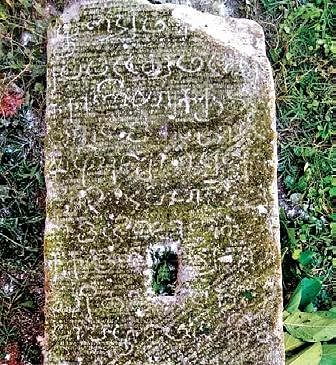 “The pillar was unearthed by workers when a lake restoration was underway at Japthikarani village,” said S Balamurugan, secretary, TCHR. “Senior epigraphist S Rajagopal, who studied the inscription found that it belonged to the 10th century. It referred to the donation of land by Karikalan’s son Chandhirathithan for setting up a garden and a tank at a place called Srithandipuram. The inscription mentioned about the presence of a Jain school at the place,” Balamurugan said.

Usually, stone inscriptions have the name of the king who ruled the then kingdom and the regnal period. However, no such detail was found on this one. The missing information, according to archeological scholar Y Subarayalu, emphasises the confused state in the then area at that period of time. The secretary said that the pillar was recovered and kept at VAO Office in Japthikarani for public display.

Now we are on Telegram too. Follow us for updates
TAGS
Jain Tiruvannamalai Jain inscription