CHENNAI: In a major economic push, the Tamil Nadu government on Monday signed 18 business deals with various private companies to bring investments worth a whopping Rs 19,995 crore to the State, and provide employment for 26,500 persons. The agreements were signed in the presence of Chief Minister Edappadi K Palaniswami, who also laid the foundation stone for five projects with a Rs 4,456-crore investment commitment providing jobs to 27,324 people.

Speaking on the occasion, Palaniswami highlighted that the State had managed to grab 16 per cent of the funds that came into the country during the first half of financial year 2021, and was ranked at the very top in the CARE ratings, released recently. The 18 pacts signed on Monday are focussed on electric vehicles, solar and wind energy, pharmaceuticals, city gas distribution (CGD), e-education, and textiles.

The significant among these were the Rs 2,354-crore investment by Ola Electric Mobility, that proposes to set up an electric two-wheeler manufacturing unit at Hosur in Krishnagiri, that will generate jobs for as many as 2,182 people. Similarly, Torrent Gas Chennai Pvt Ltd is planning to establish a CGD network in Chennai and Tiruvallur districts, and has proposed to invest Rs 5,000 crore and provide jobs to 5,000 persons.

The USA-headquartered First Solar is planning to set up a Rs 4,185-crore solar module manufacturing facility. Similarly, YaClass, a Latvian company that provides web-based educational platform, is also planning to establish a Rs 300-crore edu-tech project in Chennai. YaClass is the current market leader in Latvia and Russia.

The event also witnessed Tamil Nadu Industrial Development Corporation (TIDCO) signing a memorandum with the Crown Group, that proposes to establish a Rs 2,500-crore worth Aerospace Cluster Park, that manufactures flight components and sub-systems, and drone manufacturing, in Salem district. The park is expected to generate over 5,000 job opportunities. The cumulative investment in the above 24 projects (MoU projects, foundation stone laid projects and the inaugurated project) is about Rs 24,458 crore and stands to provide jobs to around 54,218 people.

Meanwhile, the State Industries Promotion Corporation of Tamil Nadu (SIPCOT) too signed a pact with Foxconn, to establish an industrial housing for the accommodation for Foxconn employees, at its Vallam Vadagal Industrial Park in Kancheepuram district.

Speaking on the occasion, the Chief Minister also said that Tamil Nadu has been a forerunner in the fight against the Covid-19 pandemic, and was also hailed for conducting effective RT-PCR tests, by Prime Minister Narendra Modi. Palaniswami also inaugurated the new GIS web portal of SIPCOT, that was developed using the latest drone technology, by mapping the properties and utilities of all industrial complexes. The information includes industrial/commercial plots, areas of the plots, allotted/vacant plots and available infrastructure, amenities etc., which can be directly accessed by global investors using High Resolution Imagery.

Chennai: A GIS web portal using latest Drone technology by mapping the properties and utilities of all industrial complexes was inaugurated by Chief Minister Edappadi K Palaniswami. The portal will provide details about industrial and commercial plots, area of the plots, allotted and vacant plots and available infrastructure and amenities etc. Global investors can directly view the available plots using high resolution imagery. An investor will learn about vacant plots, area and dimensions and occupants of adjacent plots. Further, he can view infrastructure provided by SIPCOT such as terrain details, power supply, water supply, drainage network, road network and connectivity, etc, according to a spokesman. 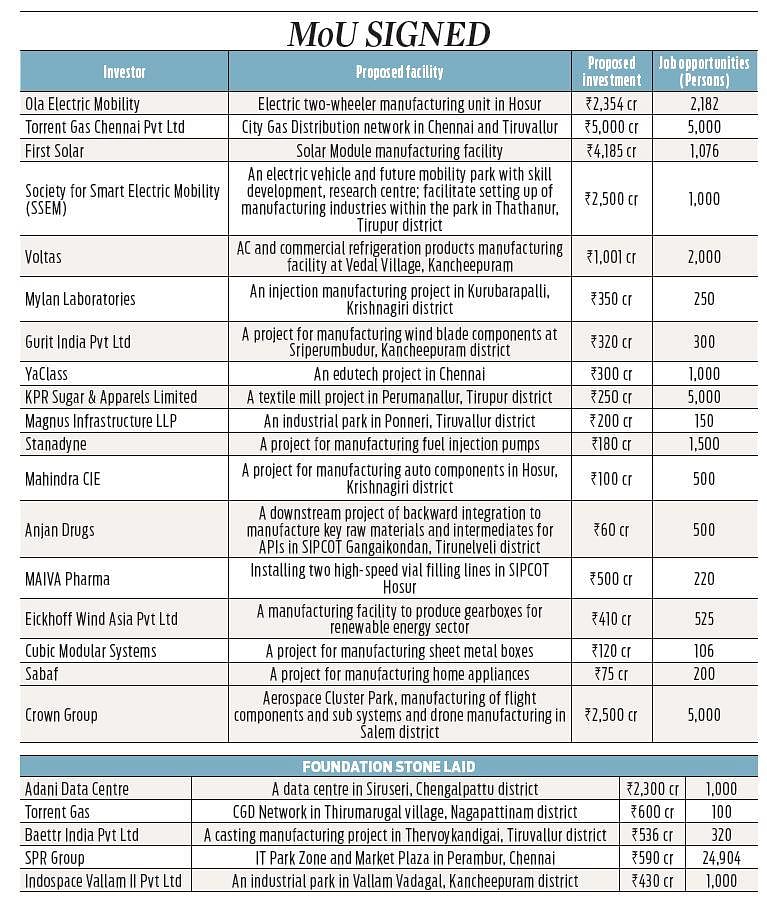 Now we are on Telegram too. Follow us for updates
TAGS
Tamil Nadu investments