It was on Sunday night that a couple of photographs of what the post claimed to be of food served at thee Madurai Medical College hostels went viral on social media.

MADURAI: After photographs of 'substandard food' being served to the house surgeons and postgraduate doctors at the Government Rajaji Hospital (GRH) went viral on social media, the hospital management termed the claims to be "false".

It was on Sunday night that a couple of photographs of what the post claimed to be of food served to the house surgeons and postgraduate doctors of Madurai Medical College at their hostels went viral on social media.

However, a medical student, on condition of anonymity, told The New Indian Express that, while there was no problem with the food served to postgraduate doctors, that served to the house surgeons at the CRRI hostel mess located within GRH premises on Sunday was of low quality. This, the student claimed, was because the cooking was taken up by just one cook 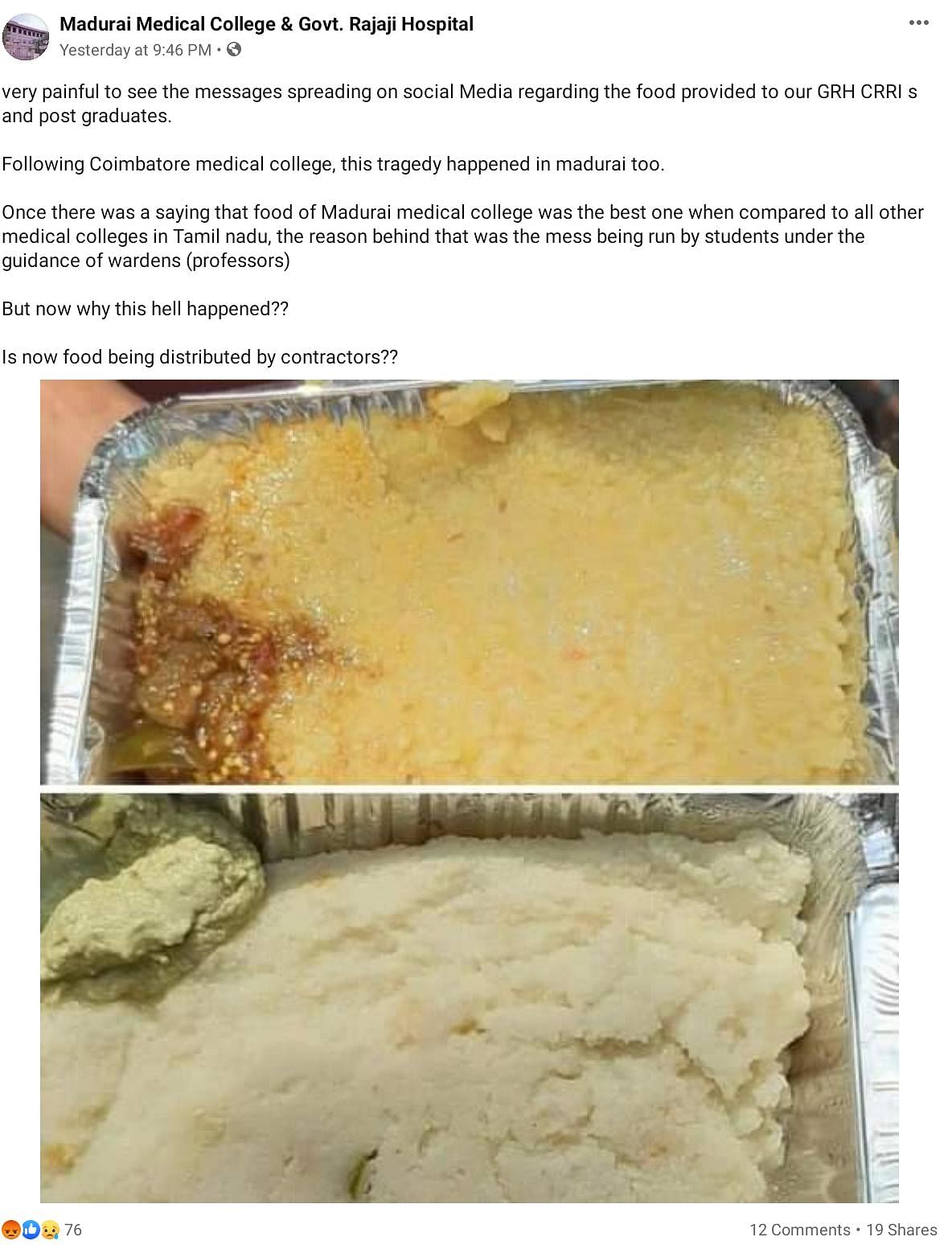 This temporary arrangement was made after a majority of the mess workers were quarantined after a house surgeon, who stayed at the hostel and ate the mess food recently, tested positive. Disinfection of the hostel and mess premises was also underway, she added.

"After the matter was taken up with the hospital authorities later on Sunday, we were informed that a new batch of mess workers would join duty starting Monday," she said.

Refuting the allegations on Monday, inmates of Oasis Postgraduate Hostel, through their statement, said that the claims were false and that the food provided to postgraduate doctors were of good quality.

Meanwhile, in its statement, Rajaji Hospital Resident Doctors Association (RHRDA) of GRH, called the viral message a rumour and stated, "The food is being prepared in a hygienic manner and we have been asked to dine at our rooms to avoid common dining and all the mess workers at the CRRI hostel tested negative for COVID-19."

More from Tamil Nadu.
Now we are on Telegram too. Follow us for updates
TAGS
Madurai Medical College Government Rajaji Hospital Madurai