The girl died in hospital on Monday morning. Sources in the hospital said since she had got 95 per cent burns, they were unable to save her.

VILLUPURAM: A 15-year-old girl from a village near Thiruvennainallur was allegedly burnt alive by two men linked to the AIADMK who had a dispute with her father. Police arrested the duo based on her statement. The girl died on Monday morning, a day after the incident.

According to police sources from Thiruvevennainallur, J Jayasri of Sirumadurai village was studying in Class 10. Her father K Jayabal owns two shops in the village and on Saturday night, his son Jayaraj was sleeping in one of the shops after closing it. When K Praveenkumar of the same village knocked on the door and asked for beedis, Jayaraj refused as the shop was already closed. Praveenkumar entered into an argument and attacked Jayaraj.

Jayabal subsequently took his son to the Tirukoilur government hospital for treatment. On Sunday morning, he and Jayaraj went to Thiruvennainallur police station to lodge a complaint against Praveenkumar.

At that time, villagers noticed smoke coming from his home attached to the second shop. They went inside and found Jayasri had been set afire. Immediately, they doused the fire and sent her to the Government Villupuram medical college hospital in Mundiyampakkam for treatment.

Meantime, in her statement to judicial magistrate K Arunkumar, she said G Murugan, a former AIADMK councilor's husband, and K Kaliyaperumal, AIADMK branch secretary in the area, poured petrol on her and set her on fire. Based on her statement, Thiruvennainallur police filed a case under Section 307 for attempt to murder and arrested the duo the same night. 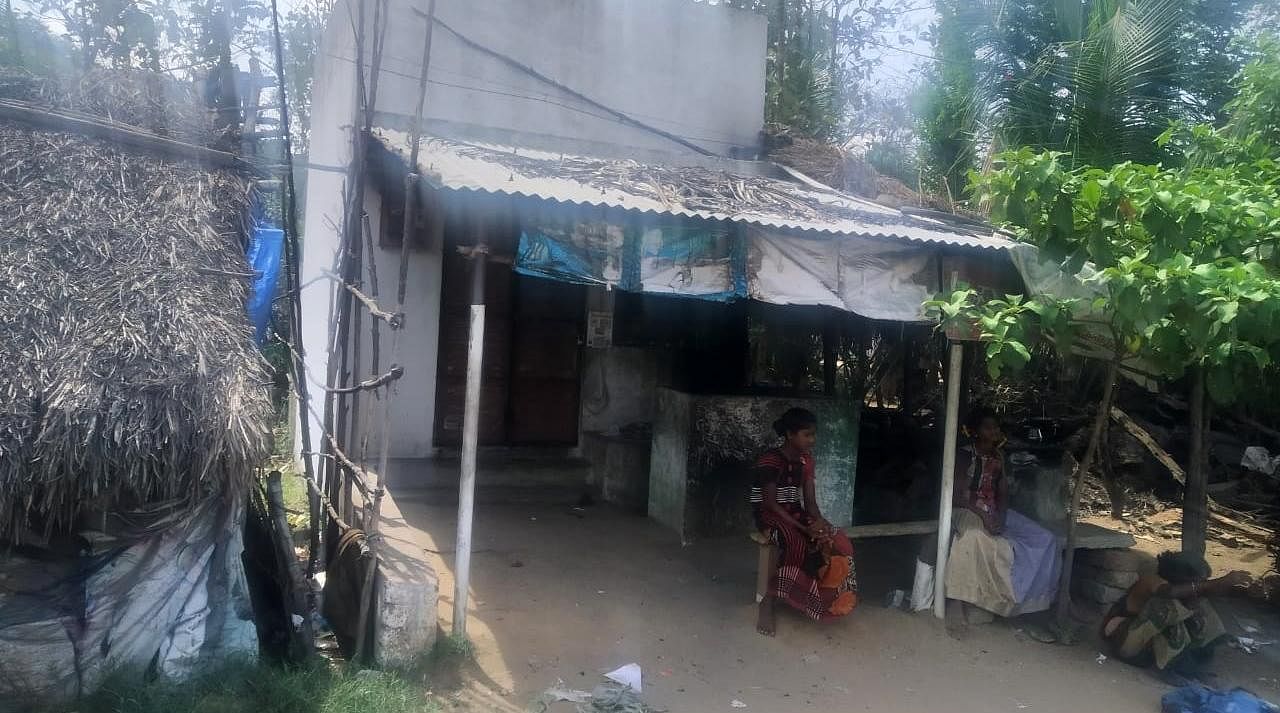 The girl died in hospital on Monday morning. Sources in the hospital said since she had got 95 per cent burns, they were unable to save her. Meanwhile, police converted the case to Section 302 for murder and added three more sections.

Police said they also questioned Praveenkumar and found that he didn't have any connection to the girl's death. They also said the duo who had been arrested claimed that while they had a dispute with her father, they were not involved in the girl's murder. Police took some of their relatives for inquiry.

"In 2013, Murugan and his supporters attacked my younger brother Kumar with sickles and since we filed a case against them, they were angry with us. They tied the hands of my daughter and set fire to her when she was alone at home. If severe action had been taken against them at the time, this wouldn't have happened to my daughter now," said Jayabal to The New Indian Express.

District superintendent of police S Jeyakumar inspected the spot on Monday evening and questioned the neighbors about the incident. After that he told Express, "Based on the girl's statement, a case has been filed against the duo and further inquiries are going on. We have confirmed that Saturday's incident didn't have any connection with her murder. "

More from Tamil Nadu.
Now we are on Telegram too. Follow us for updates
TAGS
Villupuram AIADMK Tamil Nadu