Udhayanidhi Stalin gets arrested for a second consecutive day in Nagapattinam

He was arrested at Nagapattinam fishing harbour following a fishing boat tour and a brief van procession.

NAGAPATTINAM: The police arrested DMK Youth Wing Secretary Udhayanidhi Stalin for the second consecutive day for attempting to campaign among the fisherfolk near Nagapattinam Fishing Harbor on Saturday.

Udhayanidhi Stalin campaigned for upcoming assembly elections in Nagapattinam district on Saturday for the second consecutive day after his arrest at Thirukkuvalai on Friday evening. He was arrested at Nagapattinam fishing harbour following a fishing boat tour and a brief van procession. 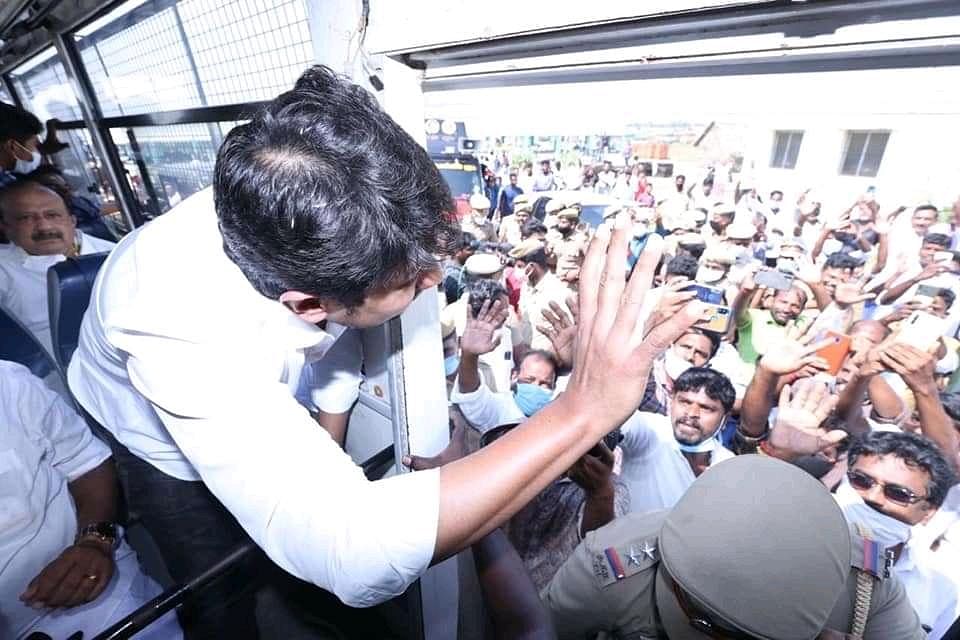 While speaking to press from a police van, Udhayanidhi Stalin said, "I am continuing to campaign after getting arrested. People are looking forward to a change. There were no COVID fears when elections were happening in Bihar and Madhya Pradesh or when Amit Shah comes to Tamil Nadu. The Chief Minister too visits districts in the name of inspections. The AIADMK government is becoming afraid of public rising and arresting us to stop our campaign."

Earlier the day, Udhayanidhi along with his supporters hopped on a couple of mechanised trawler boats and rode through the waters around Kaduvaiyaru river estuary. He took the steering and drove the boat for a few minutes. Then he greeted the fishermen on other boats and waved at the people standing on top of Akkaraipettai Bridge from the deck of the boat.

"The ruling party has been telling that our leader Stalin does not come out and is only addressing ‘Zoom Cloud Meeting’. People are coming in large numbers even when I am reaching out. Will you bear the crowd when our leader (MK Stalin) comes out?", Udhayanidhi asked. 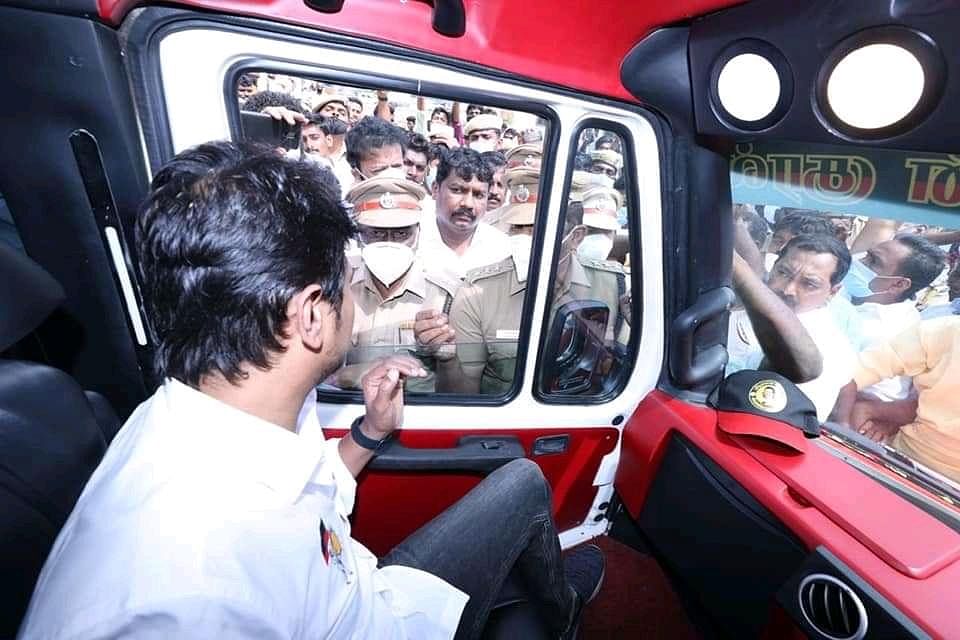 While addressing the press from the boat cabin, Udhayanidhi Stalin said, “I wanted to spend some time with fishermen as today is the World Fishers Day. We have heard about the issues they face for the past ten years.  Our fishermen from districts such as Nagapattinam, Thanjavur, and Pudukkottai continue to face threats from Sri Lankan armed forces. Our party have been working on adding the community in the list of Scheduled Tribes. I will submit their demands to our president.”

Now we are on Telegram too. Follow us for updates
TAGS
Udhayanidhi Stalin Nagapattinam DMK Tamil Nadu politics