What happens when you eat junk food for 30-days straight? This Tiruchy girl documents it

To study the effects of junk food on the human body, a teenager from Tiruchy, Sagarikka Sivakumar, embarked upon a 30 day experiment, where she ate only junk food.

TIRUCHY: In 1903, Thomas Alva Edison said, “The doctor of the future will give no medicine, but will interest his patient in the care of the human frame, in diet and in the cause and prevention of disease”.

More than a century later, we are seeing Edison’s words come true, especially during the times of a pandemic. Doctors are seeing many young obese people having a tough time fighting COVID. For most lifestyle problems these days, doctors are prescribing a change in food habits and lifestyle.

To study the effects of junk food on the human body, a teenager from Tiruchy, Sagarikka Sivakumar, embarked upon a 30 day experiment, where she ate just junk food, in June 2018. While some doctors thought it was a big risk, the then 18 year old was determined.

After watching her 21-year-old friend die of a sudden cardiac arrest, which may have been caused by obesity and unhealthy diet, she was determined to create awareness about the subject. She released the documentary on Youtube called ‘Eat Fast Die Young’ on Sunday.

“I consulted doctors and nutritionists before undertaking this experiment. Too many youngsters are obese, have Type 2 diabetes and heart problems. I realised that one of the problems is junk food and therefore decided to go on a 30 day junk food experiment,” said Sagarikka Sivakumar.

To document the changes in her body, Sagarikka got a sugar sensor attached to her body and took a blood test before her she began her experiment. She ate nothing but junk food five times a day for 30 days.

In just two days, Sagarikka found a spike in her sugar levels. She felt tired, lethargic and caught a cold (a sign of reduced immunity).

“WHO recommends that we should have only 25 gms of sugar in a day. But we end up having more than double/triple that amount. We give our kids packaged cereals, drinks like Horlicks, cream biscuits, packaged juices, which are all filled with sugar,” says Sivakumar.

On day 30, Sagarikka observed that her fasting glucose had gone up from 86 to 93.8, her fructosamine levels went from 214 to 283.7, her homocysteine (high levels are a risk factor for heart disease), triglycerides, testosterone (male hormone) had increased. Her White blood cells (WBC) count reduced, which indicates a lowering of immunity. She also put on 3 kgs of weight. 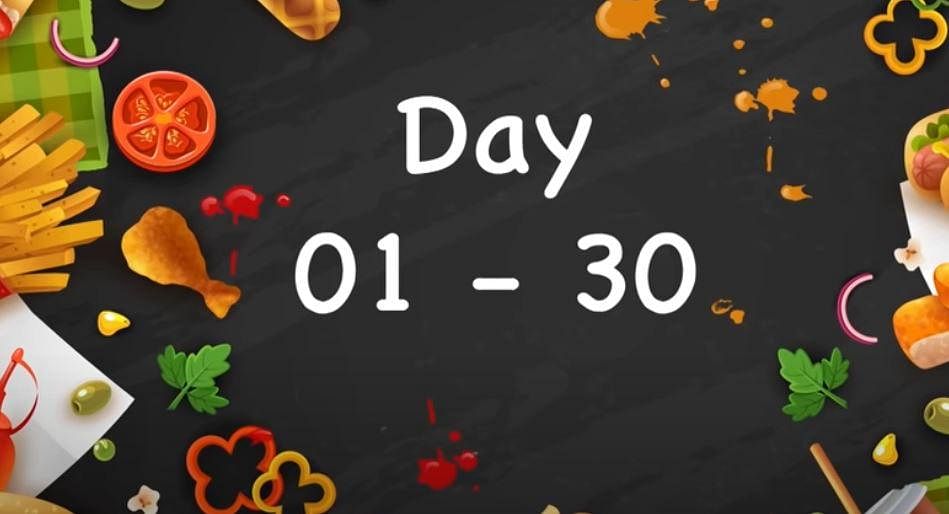 “I thought that that by exercising and eating healthy for a month, I would lose the weight and my blood parameters would come back to normal. However, that was not the case. It took me three months to reduce my weight and a longer time for my blood tests to be normal. This was just what happened in a month, imagine what would have happened if I ate like this for years,” says Sagarikka.

Dr. Deyananda Chakravarthy, who monitored the teen says that during this pandemic situation, obese people are at high risk.

“Everyone needs to get serious about their health. Please stay away from fast food. Fast food causes depression, protein & energy malnutrition and obesity. It puts you at the risk of heart disease and diabetes,”

Dr Kavitha V advocates eating locally available traditional food. She doesn’t believe in fad diets. She says that our body is genetically trained to handle locally sourced food which our grandparents have eaten.

Dr Shankar, an Internist, says that a balanced nutrition is very important.

“We can divide our food intake into three things- carbohydrates, protein and fat. Protein requirement is extremely important. We must consume 1 gm of protein per kg of our weight per day,”

In 2004, an American independent documentary film also created 'Super Size Me' to show what happend to the human body if fast food is consumed for one whole month.

Sagarikka also says that junk food is bad for the planet. She collected the plastic covers of the food items she consumed in the month and realised how harmful it was to the planet.

She says avoid junk food, protect yourself, and the planet from danger.

Now we are on Telegram too. Follow us for updates
TAGS
COVID 19 lockdown Sagarikka Sivakumar