The absence of Karunanidhi and Jayalalithaa was very much felt on polling day.

The absence of Karunanidhi and Jayalalithaa was very much felt on polling day. But there were also ample instances of heroics, symbolism, and Covid-infected leaders coming in PPE suits that kept the voters on the edge of their seats throughout the day.

Political leaders and the people diligently discharged their democratic duty by getting their finger inked. In a poll that is analysed and inferred to drastically change the socio-political dynamics of the State in the times to come, Tamil Nadu recorded 71.79% of voting

It is gratifying that a large number of people across Tamil Nadu are eagerly voting. It is our democratic duty to vote in elections. I want you all to vote compulsorily Edappadi K Palaniswami

The news that people across Tamil Nadu are voting with great enthusiasm is gratifying. Everyone in our family voted! Every vote in an electoral democracy will rewrite history! MK Stalin

I have done my democratic duty with satisfaction. It is gratifying that people are all voting enthusiastically. I urge the people to be safe and careful considering the Covid situation O  Panneerselvam

I urge everyone to go and vote without fail. The people’s vote would be for this government to continue for the next term as well Anbumani Ramadoss 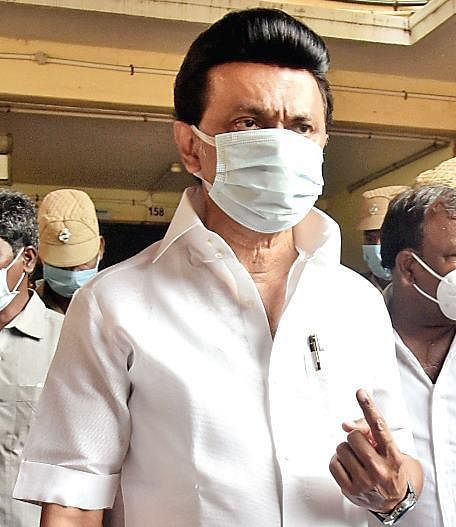 I feel proud standing as a candidate in the very same place I grew up. Everyone must vote and only then the right person will sit in the Assembly K Annamalai

I was able to vote today, despite my health condition. Thanks to the EC for ensuring that being unwell was not an impediment to choosing our next Govt  Kanimozhi

The DMK will rule with an absolute majority. The VCK will win all seven constituencies, including Puducherry, where we are contesting. At present, there is a wave of support for Stalin in Tamil Nadu
Thol Thirumavalavan

Glad that people are actively voting. I came to Coimbatore after fulfilling my democratic duty with my family  Kamal Haasan