Amid rising Covid concerns, Tamil Nadu registered a slightly lower polling per cent in the Assembly polls on Tuesday. The final figure released by the Election Commission – 72.78 per cent – is 2.03 per cent lower than the 2016 Assembly poll figure 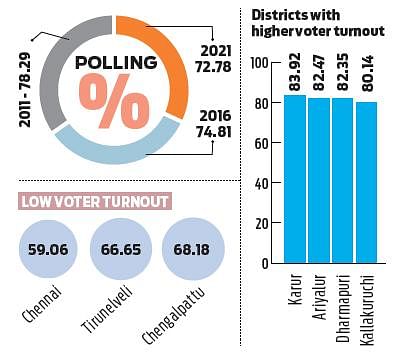 'Decide representation for setting up commission for NRIs': HC to Centre

IPL 2021: Playing with Virat Kohli gets the best out of any cricketer, says Washington Sundar