Next, personal assistants, relatives, and ardent followers of former minister Vijayabhaskar will be subjected to raids, say sources

CHENNAI/KARUR: Officials from the Directorate of Vigilance and Anti Corruption raided about 26 places, linked to former minister and Karur AIADMK district secretary MR Vijayabhaskar, on Thursday and seized documents and Rs 25.5 lakh of unaccounted cash.

The raid, which began at around 7 am, was conducted based on allegations of corruption against him from his tenure as Transport Minister in the previous AIADMK government. It is alleged that he had tenders issued favouring certain companies to sell government-approved reflective stickers, GPS tracking devices and speed governor devices. 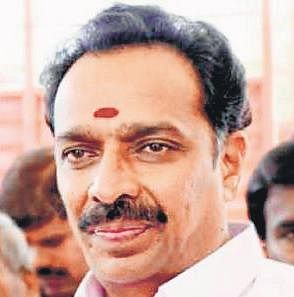 The DVAC, in a release, said that a case was registered on Wednesday against Vijayabhaskar, his wife Vijayalakshmi, and his brother Sekar. “The allegation was that Vijayabhaskar enriched himself during his tenure in office as the minister while Vijayalakshmi and Sekar intentionally aided him for accumulation of disproportionate assets,” read the statement.

AIADMK coordinator O Panneerselvam, addressing reporters with former CM Edappadi K Palaniswami in Chennai, condemned the raids as an act of political animosity by the DMK government, and said the AIADMK was ready to face this threat legally. “The raid was conducted without any evidence. So, an appropriate remedy will be obtained through the court,” he asserted.

Officials are searching many properties linked to Vijayabhaskar, including his house in Karur, dyeing unit in Aandankovil, crusher and stone quarries in Paramathi panchayat union and apartment in Chennai’s RA Puram, in which he currently resides.

With over 150 officials involved in the raids, sources said searches are expected to be held in the residences of Vijayabhaskar’s personal assistants, relatives and ardent followers in the party. Sources said that the DVAC was acting on a specific tip-off that unaccounted cash and documents had been hidden in the properties.

Owing to the former minister’s popularity in his hometown Karur, additional police personnel have been deployed outside his house and farms. By the end of the day, the DVAC had seized a total of Rs 25,56,000, along with sale deed documents, and those pertaining to investments made in insurance policies, those documents related to transactions in business firms in which Vijayabhaskar was a partner, and other incriminating documents, said the statement.

Vijayabhaskar had served as the transport minister between 2015 and 2021 during the AIADMK regime. It is also to be noted that the DMK had submitted detailed reports to the Governor in 2018, regarding corruption charges against the then Chief Minister Edappadi K Palaniswami, Deputy Chief Minister O Panneerselvam, and ministers SP Velumani, C Vijayabaskar, and MR Vijayabhaskar, among others, and sought action against them.

Vijayabhaskar had recently lost the election to his rival, Senthil Balaji in Karur. The rift between the two local heavyweights began when Senthil Balaji was the Transport Minister (in former Chief Minister J Jayalalithaa’s Cabinet) and the Karur district secretary of the AIADMK.

Balaji was later sacked by Jayalalithaa and the postings were handed over to MR Vijayabhaskar, who was next in line. This created an internal dispute between the two, which led to the former shifting his weight behind TT V Dinakaran’s AMMK, and then finally moving to the DMK.

Sale deed, insurance documents found
Besides Rs 25,56,000, DVAC officials seized sale deed documents, and those pertaining to investments made in insurance policies, business transactions, and other incriminating evidence, they said

Now we are on Telegram too. Follow us for updates
TAGS
M R Vijayabhaskar DVAC AIADMK