Procedural lapses did in prosecution in suicide bomb blast case

The Court has acquitted the 10 accused in the Begumpet old task force office suicide bomb blast case of 2005.

HYDERABAD: The Additional Metropolitan Sessions Court, on August 10, in its verdict acquitting the 10 accused in the sensational Begumpet old task force office suicide bomb blast case of 2005, said the prosecution had failed to prove its case against the accused. Not only did crucial witnesses fail to support the prosecution’s case, but several procedural lapses had contributed to the court’s decision, according to the judgment.

The prosecution had submitted 63 material objects, 58 witnesses and 106 exhibits before the court in the case that was filed against 20 accused persons, of whom 10 persons were apprehended by the Hyderabad police, three were dead and seven are yet to be caught. However, the court noted that the prosecution had failed to prove from where the accused allegedly procured the explosives. Further, the descriptions of items seized from the accused and the description of those items in the Forensic Sciences Laboratory (FSL) reports did not tally. 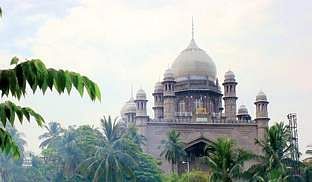 For instance, the prosecution had informed the court that accused Mohammed Abdul Kaleem (A4) had purchased ammonium nitrate from a shop. However, it failed to prove he had done so as the vendor stated that he had only sold Kaleem a measuring cylinder, filter papers and beaker. “Though Forensic Sciences Laboratory’s report found that ammonium nitrate was found in the material objects seized from Kaleem, the prosecution failed to prove how he got the explosive substance...” the court pointed out in its judgment.

Further, “...it also failed to send the signatures of Kaleem recorded in the register of a guest to the handwriting experts and there was not a single witness. It also failed to establish the charges of possessing cartridges by Kaleem,” the court observed.Worringly, the court said that prosecution had sent material objects seized from one of the accused for an expert opinion but not to the FSL. Monitors, CDs and some electrical materials had been seized from accused Mohammed Abdul Zahed (A5) were sent for expert opinion instead of the FSL. Besides, the expert report regarding the CPU seized from Zahed stated that it did not contain any information related to terrorist activities.

“The descriptions in FSL reports and the seized items from the accused is not tallying in toto, except for few Court has and moreover, most of the crucial witnesses nearby 14, did not support the case of prosecution and the circumstances relied upon were not proved and also all the links in the chain of circumstances are not complete and also several evidences were not sealed immediately and not sent to FSL and no explanation was given to the court for delay in sending the articles and no evidence that the seized material was used in the blast,” the court said in its judgement.

The court observed, disturbingly, that the prosecution had failed to exclude “every possible hypothesis which reads towards the innocence of the accused” before going on to say “...there is no chain of circumstances to prove that the blast was committed with the conspiracy of Kaleem, Zahed, Mohammed Shakeel Ahmed, Syed Haji, Ahmal Ali Khan, Syed Azmath Ali and Mohammed Mahmood Baroodwala.” In sum, “The prosecution has failed to establish all the circumstances from which the conclusion of guilt is to be drawn and the facts established were not consistent, the circumstances are not conclusive in nature and tendency...,” the court said in its judgement.