Court seeks report on injuries to victims of Nerella incident

Directs superintendent of civil hospital, Karimnagar, to submit, within two weeks, the medical report of victims who got treatment at hospital

HYDERABAD: A division bench of Hyderabad High Court on Wednesday sought full-fledged reports from the jail superintendent and hospital authorities concerned regarding the injuries to the victims of Nerella incident wherein eight innocent Dalits and backward community people were subjected to police brutality.The bench of Acting Chief Justice Ramesh Ranganathan and Justice J Uma Devi was dealing with a PIL case filed by Gaddam Laxman, president of Civil liberties committee, seeking CBI probe into the incident and stringent action against the police who tortured the victims.

Petitioner’s counsel V Raghunath told the court that eight youth belonging to Nerella, Jillela and Ramachandrapuram villages in Sircilla district were treated in an inhuman manner and were beaten brutally under the supervision of district SP and SI concerned as the victims had opposed constant plying of about 200 lorries everyday which were filled with sand excavated from Tangalapally Vagu.
More than four villagers have died in the last two months due to speeding lorries on the road which is situated besides the Nerella village. He held the SP solely responsible for the whole episode and sought action against the officer. 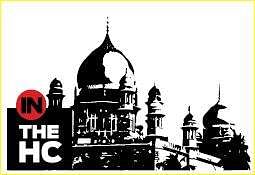 On earlier occasion, the bench directed the Telangana government to send two senior doctors of MGM Hospital in Warangal to examine the health condition of the victims.
It has directed the principal secretary to home to submit a report on the entire Nerella episode along with the doctors report to the court. On Wednesday, medical examination report was submitted in a sealed cover before the court.

After perusing the report, the bench found that the victims received serious injuries. How all the injured received similar injuries on the same parts of body. The police has to  explain this, the bench said.
Telangana additional advocate general J Ramachandra Rao told the court that SI Ravinder was already placed under suspension in the case. In fact, when violent incident took place the police intervened and then both had received injuries, he added.
Reacting to this submission, the bench directed the DIG of Karimnagar to submit complete details, including the reasons, with regard to suspension of the SI. It suo moto impleaded the DIG as one of the respondent to the present case.

The bench directed the superintendent of civil hospital, Karimnagar to submit in two weeks the medical report of the victims who got treatment in the hospital. It also directed the jail superintendent to submit report regarding the warrant and injuries to the victims in Karimnagar sub-jail.The bench made it clear that it would look into other issues raised by the petitioner only after submission of all above reports before the court, and adjourned the case by two weeks.