TSRTC to shut down its lone printing press

HYDERABAD: The cash-strapped Telangana State Road Transport Corporation (TSRTC) has decided to shut down its lone and five decades old printing press located at Miyapur here. Ever since machine-based ticket-issuing system was introduced a few years ago, the need for printing conventional bus tickets has come down in the last three years, leaving no work for the 47 staff members including head compositor, binders, and machine assistance, forcing the management to completely stop printing bus tickets. The staff will be absorbed in other departments or at different depots. “Once all the formalities are completed, we will shift these press employees to other departments,” said GV Ramana Rao, managing director of TSRTC. 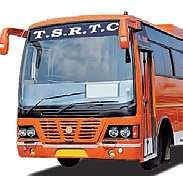 “When the Ticket Issuing Machines replaced paper tickets at bus stands and hand-held TIMs were given to bus conductors and drivers, we started making thermal paper rolls,” said an official. Since then the printing press has become redundant.“As we don’t print tickets anymore, we started printing registers, pamphlets, and the corporation’s monthly magazine ‘Prasthanam’. Members of the Staff and Workers Federation and employees working in the printing press are opposing the authorities’ move to close down the unit. They allege that the management is deliberately outsourcing the printing work in the name of cost cutting.
“The management should realize that it has a chance to modernize the press and generate additional revenue by taking up printing of other government materials,” said K Laxmaiah, secretary, printing press committee.

Long journey since 1964
The TSRTC started its own printing press near RTC Crossroads, where Bus Bhavan is situated at present, in the latter part of 1964 with two basic machines for printing bus tickets, books, and other office material. In 1980 a rotary printing machine was bought from England in keeping with the technology prevalent in those days. As the bus fleet strength increased. The management shifted the printing press to Miyapur in 1989 and procured HMT offset machines.