Even as the state government is blowing its own trumpet on improving health conditions in rural areas, the fact is that essential drugs like paracetamol, B-complex and Albendazole are not available

HYDERABAD: Even as the state government is blowing its own trumpet on improving health conditions in rural areas, the fact is that essential drugs like paracetamol, B-complex and Albendazole are not available at several primary health centres (PHCs) in the state. Albendazole is a drug used for treating infections of a variety of parasitic worms. These shocking facts were revealed by the Comptroller and Auditor General (CAG) in his performance audit report covering the period from 2011-12 to 2015-16 on National Rural Health Mission (NRHM). The report was tabled in Parliament on Friday. 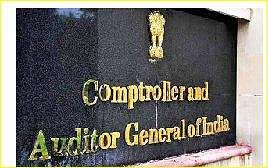 Keeping essential drugs was mandated as per the Indian Public Health Standards (IPHS).Here is another shocking revelation on the rural health conditions in the state. Telangana was one among 14 states where medicines were issued to patients without ensuring the prescribed quality checks and without observing the expiry period of drugs, thus exposing the patients to grave risks. However, the Union health ministry informed the CAG that they were promoting the use of IT software at the facilities for controlling such practices.

Around 5,200 injections of ‘Hydrocortisone Succinate’ were issued in 2015 to health institutions in Nalgonda district by TSMSIDC. However, subsequently on failure of quality control test, the injections were rejected. CAG observed that only 712 injections were returned by the health institutions. The remaining 4,488 injections were neither returned nor the details of their disposal were available.
Hydrocortisone Succinate is used to treat various conditions such as severe allergic reactions, arthritis, blood diseases, breathing problems,  eye diseases etc.

Unspent funds of  NRHM
The CAG also found fault with the unspent amounts under NRHM. Telangana too figured in the list. TS spent only 60 pc of NRHM funds in 2014-15 and 52 pc in 2015-16. However, health minister C Laxma Reddy said on Friday that the state took permission to spend J532.86 crore for 2016-17 and another J1,000.03 crore in 2017-18 under NRHM. “We are also sanctioning a 50-bed mother and child care centre each at five places, improving labour rooms with J10 crore and providing 200 more Amma Vodi vehicles,” he said.

More from Telangana.
Now we are on Telegram too. Follow us for updates
TAGS
PHC