Senior doctors at state government hospitals, who are on the verge of retirement, are seeking raising of the retirement age from 58 to 65 years. 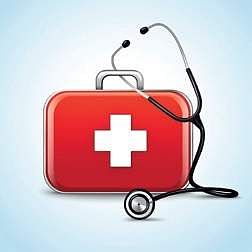 Justifying their demand, a senior doctor explained, “We get `1 lakh pension after retirement. Private medical colleges recruit retired senior doctors for teaching and pay them around `2 lakh each. This brings the monthly income to `3 lakh. Besides, I will have more time for private practice. Financially, it pays us more if we retire. But the public will be the sufferer.

People will be deprived of quality medical treatment.” Director of medical education Dr K Ramesh Reddy said they would like to utilise the rich experience of senior professors as rules allow the faculty at semi-autonomous medical colleges to retire at 65-years.

JUDA’s adviser Dr G Srinivas said that if the existing cycle was followed, there would be vacancies in assistant professor posts, providing job opportunities to super-specialty and postgraduate doctors. “Many young doctors are willing to work in the government sector in view of the employment problem,” said Dr P Vijayender Goud, president of JUDA’s Osmania General Hospital unit.

A medico’s career in government sector starts at the age of 35 as an assistant professor. Promotion makes them associate professors and  professors. In all positions, they have to treat patients and teach students throughout their career. Senior professors or doctors, who are set to retire, are those with rich experience of having worked at government hospitals where the patient flow is heavy and critical cases are dime a dozen.

“When we retire at 58 years, we have had served the government only for 23 to 25-years. Thereafter, private hospitals throw a bait at us. Our point is, why should the government lose the services of such doctors who are at the pinnacle of medical practice? They can be retained for the benefit of patients and for the spread of their rich knowledge to medical student,” reasoned a senior doctor who sought anonymity.