Grand Alliance in the making to defeat TRS?

Singareni employees union election will be an indicator of the prospects of a Congress-TDP-Left axis in 2019 general elections.

HYDERABAD: A Grand Alliance is not new to the politics of Telugu states but 2019 might see an altogether new alliance which might see two parties, a national party and a regional party, join hands along with Left parties to defeat the ruling dispensations.If the alliance of trade unions affiliated to the main opposition Congress, the TDP and Left parties in the elections to the Singareni employee union is an indication, the Grand Alliance might be a reality for the 2019 elections. Not just the Singareni elections, the election for Nalgonda MP seat, if at all it happens due to possible resignation of Gutha Sukhender Reddy, might also be a testing ground for the alliance. 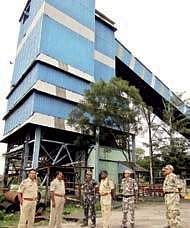 The TDP and the Congress joined hands to defeat the TRS in the bye-election for the Palair Assembly seat but it did not work out. Sources in both the TRS and the opposition parties admit that the situation is not the same now.“In the Palair Assembly constituency, the bye-election was necessitated by the death of the Congress MLA. But, sympathy factor did not work for the Congress while the TRS came up with development agenda. The government undertook several developmental schemes in the constituency, giving the TRS an edge in the election,’’ a ruling party leader said.

The situation at the Singareni election will be different. In the last election held in June 2012, TRS-affiliated Telangana Boggu Gani Karmika Sangham (TBGKS) contested for the first time and won by a margin of over 14,000 votes. The poll plank of the Sangham was revival of dependent job scheme and closure of open cast projects (OCPs).Now, the opposition parties are taking up the same issues. The government failed to implement the dependent job scheme and made a U-turn on OCPs.

As the notification for the elections were released, the political parties sensed an opportunity to put a halt to the winning streak of TRS and also give a moral boost to their own party leaders ahead of the 2019 elections.The Left-affiliated All India Trade Union Congress (AITUC) is a strong force in  Singareni, followed by Congress-backed INTUC. Telugu Desam’s TNTUC and some dozen other unions have joined hands with them.Sources said the Congress took the initiative to bring all these unions under one umbrella and fight the coal mine union election. It succeeded in making a Grand Alliance with AITUC, INTUC, TNTUC and some 10 other unions coming under one roof. Small players like CITU, HMS and BMS are fighting on their own.

“Last year, due to the Telangana sentiment and the prevailing political situation, the battle was one-sided and the TRS-affiliated union secured more votes than the other two major unions garnered. The situation has changed now. If we join hands, we can certainly give a tough fight to the TRS,’’ a Congress leader said.As the opposition parties’ trade unions have joined hands, the TRS is employing its tried and tested formula of encouraging defections and deploying all its  leaders for campaigning. While it could rope in some leaders of AITUC, HMS and other unions, it has once again deployed its MLAs, MPs and ministers for campaigning extensively in the coal belt.

Now we are on Telegram too. Follow us for updates
TAGS
Grand alliance TRS TDP