A battery of former ministers, bureaucrats were present at the ceremony. The CM took oath in the name of God in Telugu whereas Mahmood Ali did the same in Urdu at around 1.30pm.

HYDERABAD: In a brief ceremony that spanned around 5 minutes, Telangana Rashtra Samithi chief K Chandrasekhar Rao was sworn in as chief minister of Telangana for the second term at Raj Bhavan today. Along with him, former deputy chief minister Md Mahmood Ali was also sworn in as a minister.

A battery of former ministers, bureaucrats were present at the ceremony. The CM took oath in the name of God in Telugu whereas Mahmood Ali did the same in Urdu at around 1.30pm.

A full-fledged cabinet and distribution of portfolios is expected in the next five to six days.

Earlier on Wednesday, the members of TRS legislature party had unanimously elected Rao as their leader and submitted their representation to Governor ESL Narasimhan. Rao had also sent in his resignation for the previous term, which is a mere formality. 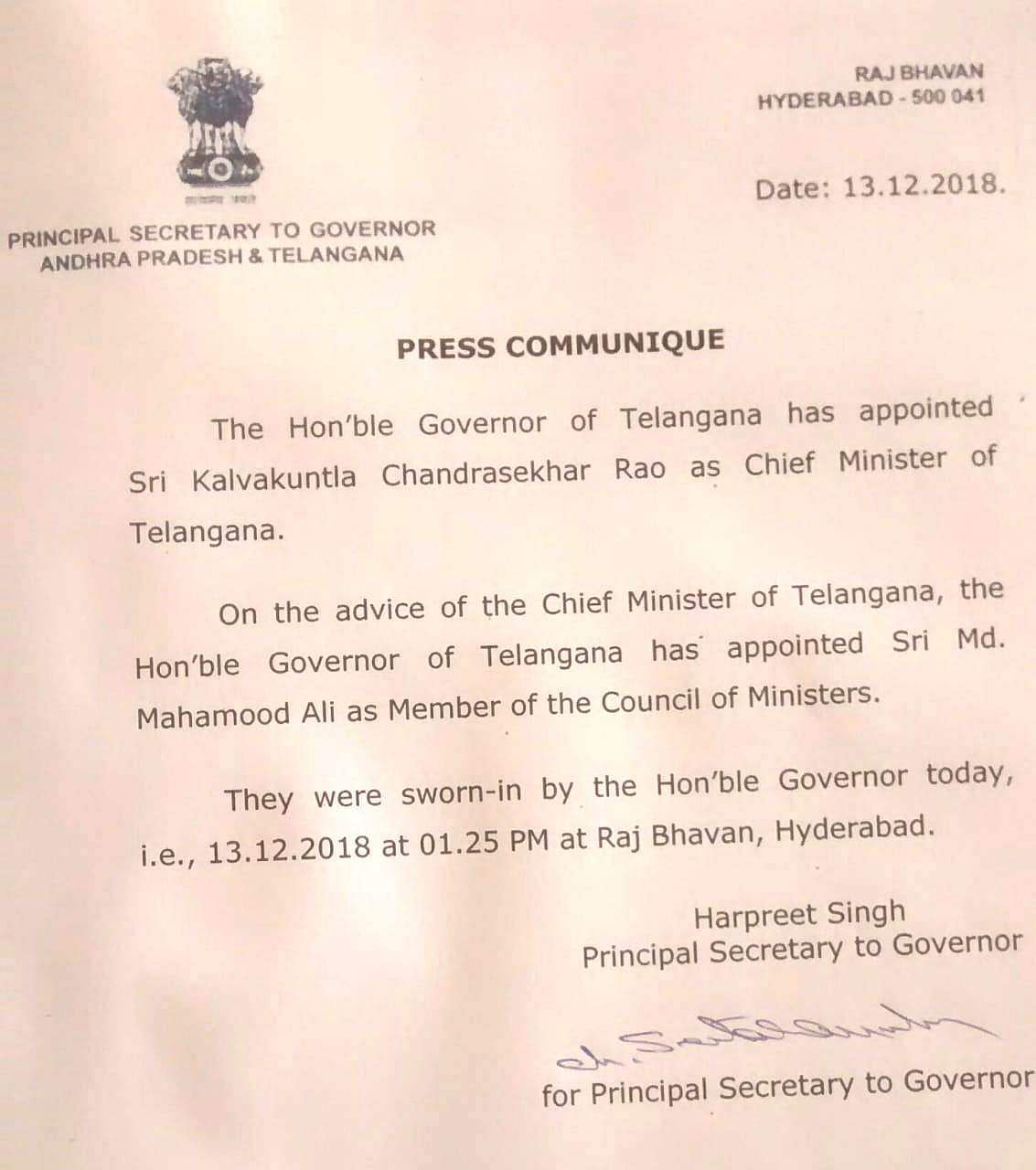 Speaking to reporters on Wednesday, Rao had declared that information and public relations department would be one of the portfolios he would keep to himself. He had also denied the scope of any berth for the four former ministers who lost their seat in the recent elections. Former minister Patnam Mahender Reddy, Jupally Krishna Rao, Azmeera Chandulal and Thummala Nageswar Rao could not retain their seats.

Similarly, another party bigwig, S Madhusudhana Chary who was the Speaker in the previous assembly could not win the people's mandate.

Even before the swearing-in, Rao had listed out the incoming government's priorities of providing unemployment allowance to around 10 lakh youths in the State in the 2019 -20 financial year. He also declared that Kaleshwaram and Sitarama irrigation projects within a year and a half. He also reiterated his earlier promise of filling up vacancies in the government sector.