In Israel, failure in start-ups is looked as milestone in path of success: Tal Catran

In contrast, Catran said, while major global technology companies come to Israel, it is not just for offering jobs to the university students but mainly for innovation.

HYDERABAD:“We are not service providers. We sell technology, we develop technology,” said Tal Catran, a pioneer in accelerators and start-ups, from Israel, a country known for providing one of the best start-up ecosystems in the world.Speaking at a session during the ongoing World Congress on Information Technology and Nasscom Indian Leadership Forum in the city, Catran informed the media how almost every university and college in Israel has an accelerator, and how at universities in Israel, professors receive funds only if a research is scaled up into business. 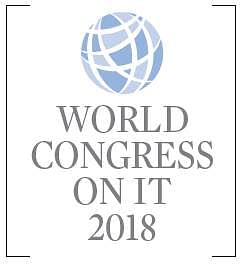 In contrast, R Raghuttama Rao, CEO of Gopalkrishnan Deshpande Centre for Innovation and Entrepreneurship at IIT-Madras, pointed out that just about 2 per cent faculty members even in the IITs take their ideas to enterprise level and the rest just publish research papers.He also spoke of how most of the students who show enthusiasm in entrepreneurship in first year of engineering drop the idea by final year, and end up accepting corporate jobs with fat pay packages.

In contrast, Catran said, while major global technology companies come to Israel, it is not just for offering jobs to the university students but mainly for innovation.He said that while companies do hire Israeli engineers as employees, they prefer not to suck them away to Silicon Valley in USA and rather employ them in their offices at Tel Aviv, so that the ecosystem of entrepreneurship in Israel does not get disturbed.

It is not that Israeli start-ups don’t fail, but Catran said such failure is looked in Israel as a major milestone in path of success and gave example of how FailCon, a festival of failed start-ups, is held regularly in Israel.Meanwhile, Rao said right measures are being taken now by IIT-Madras for promoting entrepreneurship.

Now we are on Telegram too. Follow us for updates
TAGS
start-ups Israel