Official records confirm that there are ten leopards in the forest area of erstwhile Medak district.

Government conducts the census in forest areas  every four years as part of protection and conservation of wildlife. The last census was conducted in Telangana in 2014. Officials said there are ten leopards and 10-15 bear’s. Sangareddy forest department officer Venkateshwarlu said officials have found the presence of panther, wolf, jackal and fox in Raipally forest area of Jinnaram.

Forest beat officials, volunteers, along with members of snake societies, collect the information 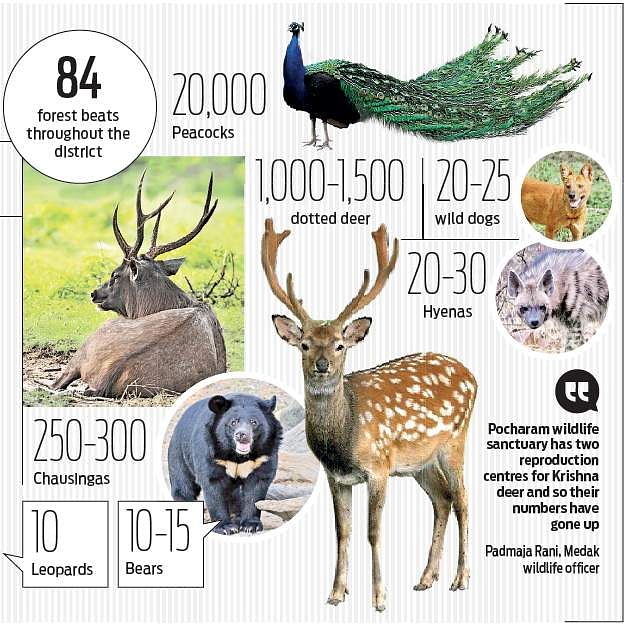 Now we are on Telegram too. Follow us for updates
TAGS
Pocharam wildlife sanctuary Medak-Kamareddy