The film critic was arrested for his derogatory terms on the religious Hindu gods and goddesses. 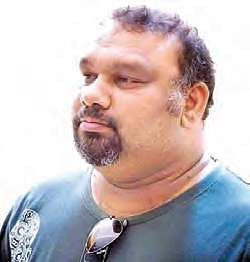 “There is no action against BJP MLA T Raja Singh, who has been into the practice of making controversial remarks against a section of community. Likewise, police did not act against Swami Paripoornananda who made profane comments against Shirdi Sai Baba hurting the sentiments of Baba’s devotees. But, Kathi Mahesh was targeted as he is a Dalit,” Manda Krishna said, while taking part in a meeting organised by Madiga Students Federation(MSF) at Somajiguda here on Tuesday.

He said SCs and STs were gearing up to hold a massive public meeting, Simha Garjana, at Ramleela Ground in Delhi on August 8 against Supreme Court’s judgment proposing amendments to SC&ST (Prevention of Atrocities) Act, 1989. The MRPS would hold preparatory meetings from July 13 to 25 in both Telangana and Andhra Pradesh in this regard, he added.

Stay up to date on all the latest Telangana news with The New Indian Express App. Download now
(Get the news that matters from New Indian Express on WhatsApp. Click this link and hit 'Click to Subscribe'. Follow the instructions after that.)
TAGS
Kathi Mahesh targeted because he is Dalit: Madiga Reservation Porata Samithi