The master plan will not affect heritage structures: KUDA officials

WARANGAL: Officials of the Kakatiya Urban Development Authority (KUDA) once again clarified on Saturday that the new master plan of Warangal city would not touch heritage structures or existing structures in the core areas of the city. The clarification comes after a lot of speculation over KUDA’s intentions about preserving the heritage and historical structures in the city.    Areas falling under KUDA consist of many important state landmarks, mostly from the the Kakatiya era, such as the Thousand Pillar Temple and Warangal Fort. 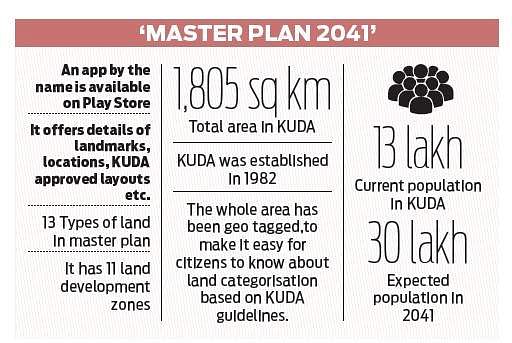 With Warangal, consisting of Hanamkonda and Kazipet as well, being the second biggest urban agglomeration in the State after Hyderabad, all eyes were on the officials who were entrusted the arduous task of creating a plan for the development of a city that needed to not only modernise but also keep its historical character intact.

The new master plan comes after a gap 41 years, when it was last formulated in the city.
Speaking to reporters here on Saturday, KUDA chairman Marri Yadava Reddy and vice chairman VP Gautam also clarified that citizens need not be worried about the master plan as it would not affect existing structures in residential colonies as well. Some citizens were reportedly afraid that their houses and buildings could be in trouble if they did not align properly with the plan.

Reddy said that they had taken into consideration the suggestion of Minister KT Rama Rao who had said that the master plan should cater to the citizens’ needs as far ahead as 2041. “Measures have been taken to resolve issues related to the usage of different types of land use and other such important things. The master plan is being prepared keeping the future needs of citizens,” Yadava Reddy said.

The officials also stated that they would be distributing leaflets among the people to create awareness about the new master plan and its features.The citizens were urged to go through the details of the
draft and come up with objections and suggestions within 90 days.  A three-member committee will look into the objections and suggestions and resolve them before its final notification.

Now we are on Telegram too. Follow us for updates
TAGS
Kakatiya Urban Development Authority Warangal city master plan