Malnutrition is major cause of deaths, disabilities in Telangana: Report

As per the report, other risk factors contributing to most deaths are -high total cholesterol, tobacco use, high body-mass index and occupational risks.

Quoting a report,  “India: Health of the Nation’s States, 2017,” which looked into the leading individual causes of deaths in Telangana, Socio-Economic Outlook, 2018, released by the State government, stated that malnutrition is the major cause of risk among females while for males it is dietary risks.

As per the report, other risk factors contributing to most deaths are -high total cholesterol, tobacco use, high body-mass index and occupational risks. 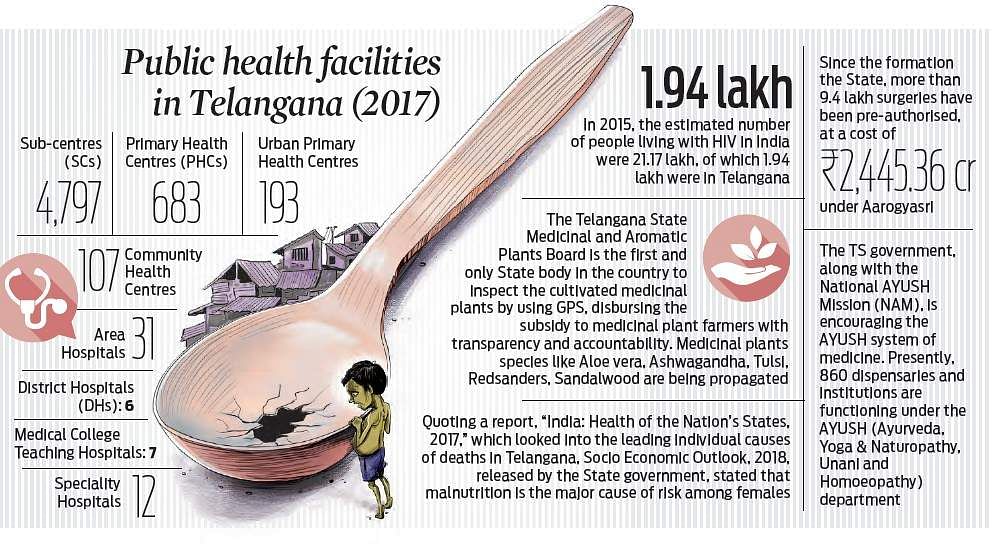 This report provides the first comprehensive set of findings for the distribution of diseases and risk factors across all States in the country from 1990 to 2016.

Now we are on Telegram too. Follow us for updates
TAGS
Poverty Malnutrition deaths disabilities