Telangana is witnessing a spurt in the number of swine flu cases for the past one week.

HYDERABAD: Telangana is witnessing a spurt in the number of swine flu cases for the past one week.  Three more deaths were reported in the State taking the number of flu deaths to 11 so far this year. On Monday, a 32-year-old woman from Zamisthanpur, Musheerabad, suffering from swine flu died. 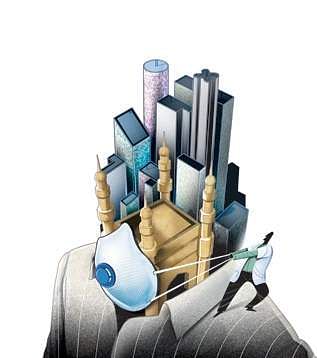 Earlier, if a swine flu patient who also had co-morbid conditions like diabetes died, the death was not categorised as swine flu death. However, joint director of Epidemics Cell, Dr A Sukrutha Reddy said that they were instructed that regardless of co-morbid condition, if a swine flu positive patient dies, it will be categorised as swine flu death. With this, a total of 11 deaths were reported in the State from January 1 to October 15,  five deaths only in October.

The State health department officials were asked to intensify surveillance of vector-borne diseases and take steps to check mosquitoes. In the wake of 60 Zika cases in Rajasthan, additional secretary from the Ministry of Health and Family Welfare held a video conference on Monday to discuss the preparedness and surveillance of Zika disease.

WHO’s fact sheet on Zika states that symptoms are generally mild which include fever, rash, conjuctivitis, muscle and joint pains, headache, which lasts for two to seven days. Officials who attended the meeting said that though there have been no Zika suspected cases in the State, anti-larvae operations to control mosquito population are being held which helps to keep away the disease.