How long before Dalit Bahujan Adivasi women can say #MeToo?

Rajeshwari (name changed) a Dalit girl from Abdullapurmet was only 22 when she was forced to take up work in a sweet shop to provide financial assistance to her family.

HYDERABAD:  Rajeshwari (name changed) a Dalit girl from Abdullapurmet was only 22 when she was forced to take up work in a sweet shop to provide financial assistance to her family. Her work-timings, which were initially set at an hour per day, gradually extended to 4-5 hours.

Soon, her employers began expecting her to perform domestic work in their homes. In one such visit to her employer’s house, the employer’s friend forced himself on her. Despite her resistance, what followed was repeated attempts of molestation and rape which made her increasingly sick. Frightened to tell her step-mother about it, she quit her job. Months later, as it became apparent that she was pregnant, her mother learnt about the sequence of events that had played out and filed a complaint at the Hayatnagar police station. It took a month for the police to register a case. 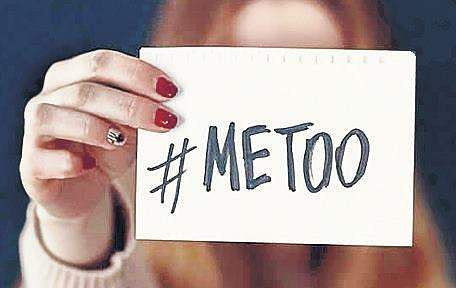 As the #MeToo movement grips the nation, the stories of many women from the Dalit, Bahujan and Adivasi (DBA) communities reveal how caste and gender has made them more susceptible to workplace harassment, say activists. Illustrating the same with the story of Rajeshwari, Jhansi Geddam, National Convenor of Dalit Sthree Sakthi says, “For Dalit women, workplace harassment is a part and parcel of life. They often don’t even find the support within their families and can’t opt out of work also due to financial constraints.”

If they do manage to come out of the restrictions placed by their families and seek justice, experts say that most often they will be denied that right as they approach the police. “When they go to the police station, their appearance and their caste ensure that their stories won’t be taken seriously. In this case, despite it being a clear case of rape, it took over a month and our intervention to get the case registered,” adds Daniel Prakash, an activist.

The delay in filing cases also leads to problems in investigation as scientific evidence of abuse may be lost. “In this case since she was pregnant we could do something. We had to get the DNA tests done, which these women alone would never be able to,” said Daniel.

Though Rajeshwari managed to have her perpetrators arrested under Section 376, 109 and SC/ST POA Act, several DBA women fail to get that as well. “We have gotten at least 250 major cases of abuse on Dalit women last year from the twin states who were denied justice. For them to say #MeToo without fear, it would take a long time,” added Jhansi.

Now we are on Telegram too. Follow us for updates
TAGS
#MeToo