Intense marketing is done to attract more players for tournaments, which can last anywhere between a few minutes to hours, depending on the number of players.

HYDERABAD:  Youngsters playing PlayerUnknown’s Battlegrounds (PUBG) can now make money by indulging in their hobby, as students have built an entrepreneurship model around the popular and widely-criticised online game. These students, from across the state, have been organising tournaments that fetch them anywhere between Rs 200 and Rs 10,000. Such is their popularity that PUBG tournaments are now considered a compulsory mention at college cultural fests in the state.

Intense marketing is done to attract more players for tournaments, which can last anywhere between a few minutes to hours, depending on the number of players. The virtual nature of the first-person shooter game lets people play against each other from their own locations, without having to meet physically. 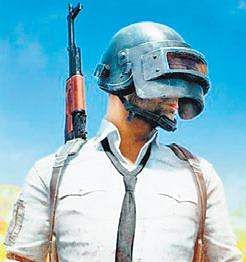 A Karimnagar lad, who operates the Instagram handle ‘Telangana_PUBG_TOURNAMENT’, for example, guarantees a reward of `10 “per kill”, and a prize of `200 for winning. To participate in a tournament, he charges `30. Transactions are done virtually through PayTM.

“I will guarantee you money. I’ve conducted two tournaments till now. You can send in the money by 4 pm on April 23,” said the organiser, who preferred not to be identified. He, however, promptly added that the tournament would be conducted in a fair manner.

Police complaint against the game
A CPI(M) student group, Progressive Youth League, on Sunday called for PUBG to be banned across Telangana. The cybercrime police station (CCS) received a complaint from them and action is yet to be taken, police officials said. Until then, it looks like youngsters will keep playing the game, and using it to make a quick buck

Now we are on Telegram too. Follow us for updates
TAGS
PUBG PlayerUnknown’s Battlegrounds PUBG tournaments online game