At a press conference at the party office, Bandaru Dattatreya commented on D Srinivas, the TRS MP, who met BJP chief Amit Shah a couple of days ago in Delhi.

NIZAMABAD: Senior BJP leader and former Union minister Bandaru Dattatreya claimed several Telangana Rashtra Samithi leaders, including some MPs, were in touch with the saffron party. He said these leaders would join BJP at an appropriate time. Dattatreya was in Nizamabad on July 13 to participate in BJP’s ongoing membership drive. At a press conference at the party office, he commented on D Srinivas, the TRS MP, who met BJP chief Amit Shah a couple of days ago in Delhi. 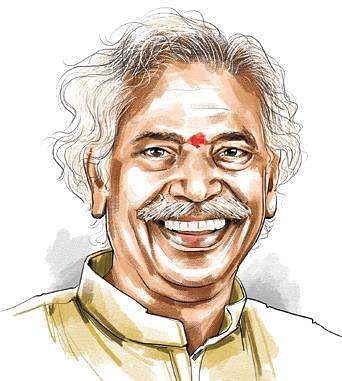 Dattatreya said he was happy that Srinivas chose to meet BJP leadership. He dropped several hints that BJP would continue trying to induct leaders from other parties. “Congress leaders such as Komatireddy Rajgopal Reddy have realised that only BJP has the ability to defeat TRS in Telangana. Others too are realising this. Many MPs and MLAs are looking to join BJP,” he said. Munugude MLA Rajgopal Reddy had recently announced he would join BJP.

Dattatreya said there was a lot of difference between Assembly and Lok Sabha elections. BJP got only 4.5 per cent of the total votes in the Assembly elections, winning only one seat out of 119. In the Lok Sabha elections, it got 19 per cent of the votes, winning four out of 17 seats in the State. While admitting that the party had not expected such good results, he said, “With the defeat of Chief Minister K Chandrasekhar Rao’s confidant Vinod Kumar in Karimnagar, and his daughter Kavitha in Nizamabad, we can see that TRS’ downfall in the State has indeed begun,” he said.

The BJP leader said that several Congress and TRS leaders were in touch with BJP. He hoped D Srinivas too joins BJP soon. Dattatreya expressed his disappointment over “stalled governance” in the State. “Administrative work in the State has come to a halt. Corruption has increased in all departments and people are suffering because of this,” he said.

He admonished the government for not fulfilling its promise of waiving off agriculture loans. “It has been six months since the new government came to power. Why haven’t farm loans been waived off yet?” he asked.

The former Secunderabad MP said BJP would utilise the goodwill it had seen from the Lok Sabha elections for its membership drive. “We will strengthen the party from the grassroots level,” he said.
BJP State general secretary G Premendar Reddy, State committee members Dhanpal Suryanarayana Gupta and Baswa Laxmi Narasaiah were also present at the meeting.