Meanwhile, Google and Amazon Web Services are yet to reply to the SIT on the data sharing and storage services it had reportedly provided to IT Grids.

HYDERABAD: The Special Investigation Team (SIT) officials led by Inspector General of Police (IGP) Stephen Ravindra on Saturday visited the office of IT Grids India Private Limited at Madhapur to conduct searches along with cyber experts. Speaking to media persons afterwards, Raveendra said that they had conducted preliminary searches on office premises along with the cybercrime experts to ascertain details in connection with the cases of data theft. 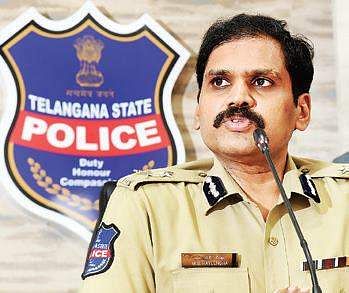 “We will do an in-depth probe soon. We will probe the case from all possible angles,” said Ravindra. Commenting on the petition filed by IT Grids CEO Ashok Dakavaram, asking the court to stay all proceedings in the case and also against his arrest, Raveendra said, “We have proper evidence and we will submit it to the court.”

Meanwhile, Google and Amazon Web Services are yet to reply to the SIT on the data sharing and storage services it had reportedly provided to IT Grids. SIT officials also await reports from the forensic lab.

Meanwhile, Hyderabad Police Commissioner Anjani Kumar transferred a case registered against IT at SR Nagar police station to the Special Investigation Team. Details of the investigation by city police have also been submitted to SIT officials.

Stay up to date on all the latest Telangana news with The New Indian Express App. Download now
(Get the news that matters from New Indian Express on WhatsApp. Click this link and hit 'Click to Subscribe'. Follow the instructions after that.)
TAGS
Hyderabad police Cybercrime