It also asked the RTC to duly take into account the unprecedented situation, orders and circulars passed by the State and Central governments in this regard.

HYDERABAD: Making it clear that Telangana State Road Transport Corporation (TSRTC) should not take advantage of the present crisis, Justice A Abhishek Reddy of the Telangana High Court directed the corporation to consider within four weeks the representations made by the petitioners. It also asked the RTC to duly take into account the unprecedented situation, orders and circulars passed by the State and Central governments in this regard. 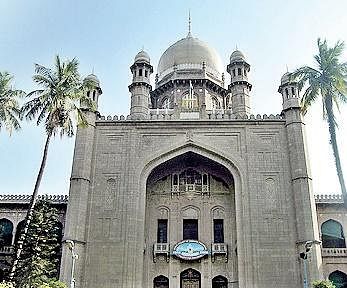 Further, the judge directed the authorities not to insist on payment of lease amount/ license fee for April, May and June, as the depots/bus stands were shut for 56 days (during the lockdown) and subsequently only partial services were restored. The judge, however, directed the petitioners to pay 50 per cent of the lease amount/license fee for July and August, within three weeks.

Justice Abhishek Reddy passed this interim order recently in a batch of petitions filed by B Amit Kumar, president of Safai Karamchari Sangam, and several others, who run toilets at various bus stands/depots of the State, seeking direction to the corporation to exempt them from paying rents for toilets during the pandemic, waiver of license fee and not to terminate their lease. The petitioners’ counsels submitted that the RTC was shut from March 22 to May 18, 2020. Although the unlock process has begun and many of the norms have been relaxed, the RTC it yet to run all buses. The judge issued notices to the government and RTC, and posted the matter to November 6.

Now we are on Telegram too. Follow us for updates
TAGS
TSRTC