TRS focuses only on BJP for Telangana MLC poll

The ruling TRS party in the district is mainly targeting the BJP during its campaign for the Warangal-Nalgonda-Khammam Graduate MLC elections and the Nagarjunasagar byelection.

NALGONDA:  The ruling TRS party in the district is mainly targeting the BJP during its campaign for the Warangal-Nalgonda-Khammam Graduate MLC elections and the Nagarjunasagar byelection. Ministers and party MLAs who have participated in the campaigning have lashed out at the Central BJP government for its policies. 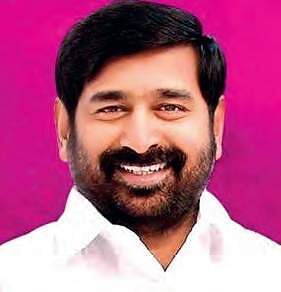 Even before the notification regarding Nagarjunasagar byelection, the CM had criticised the BJP in a public meeting at Halia last month. Minister G Jagadish Reddy and MLAs from the combined district have been criticising the BJP at every meeting.

At meetings with voters, they are raising issues such as the farm laws, the hike in petrol and diesel prices, the BJP’s alleged failure to crack down on black money and so on, and claiming that the BJP is adopting anti-democratic policies.

After the saffron party’s victory in the Dubbaka elections and performing above expectations in the GHMC elections, TRS is of the view that if the BJP wins this election, it will further strengthen the BJP’s campaign and people will not have faith in the ruling party. TRS feels that this result will impact the upcoming Assembly elections. Meanwhile, TRS does not see the Congress as competition.

Now we are on Telegram too. Follow us for updates
TAGS
Telangana bjp Telangana TRS