But due to shortage of manpower, the department is finding it difficult to verify the antecedents of each card holder.

NEW DELHI: The AAP government’s food and supplies department has initiated a door-to-door drive to verify the antecedents of about 60,000 fake ration card holders in Delhi. While verifying the antecedents of about 20 lakh ration card holders, the department had tracked 60,000 fake cards. Sources said that the department’s decision to cancel fake ration cards was turned down by CM Arvind Kejriwal who directed the officers to carry out a door-to-door verification before taking a final call. 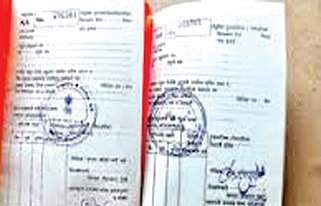 But due to shortage of manpower, the department is finding it difficult to verify the antecedents of each card holder. In Delhi, 72.78 lakh people avail of various benefits through ration cards. Sources said that the AAP government’s proposal to increase the ration card beneficiaries from the existing 72.78 lakh to 80 lakh was turned down by the Centre. The Union government’s contention was that it was unlikely that the city having 1.25 crore population should provide subsidised items to 80 lakh people.

In a letter to Food and Supplies Minister Imran Hussain, Union Minister Ram Vilas Paswan had said, “I would like to inform you that state/UT-wise coverage for receiving subsidised foodgrains was determined by the then Planning Commission (now NITI Ayog), based on household consumption expenditure survey of the National Sample Survey Organisation. Since a uniform methodology has been adopted, it will not be possible to agree to the request.”

Paswan said that in addition to the estimated annual foodgrain allocation of 4.55 lakh tonne for the coverage determined for Delhi under the Act, the UT was also eligible to receive ‘tide over’ allocation of about 1.8 lakh tonne per annum at the existing Above Poverty Line prices.

More from The Sunday Standard.
Now we are on Telegram too. Follow us for updates