Every Monday and Friday, Tihar Jail’s intimidating atmosphere lightens to the reforming ragas of Geetanjali.

Every Monday and Friday, Tihar Jail’s intimidating atmosphere lightens to the reforming ragas of Geetanjali. She not only performs classical music at jail number six of South Asia’s biggest prison complex, but also teaches its inmates who wish to pursue music as a career after their release. 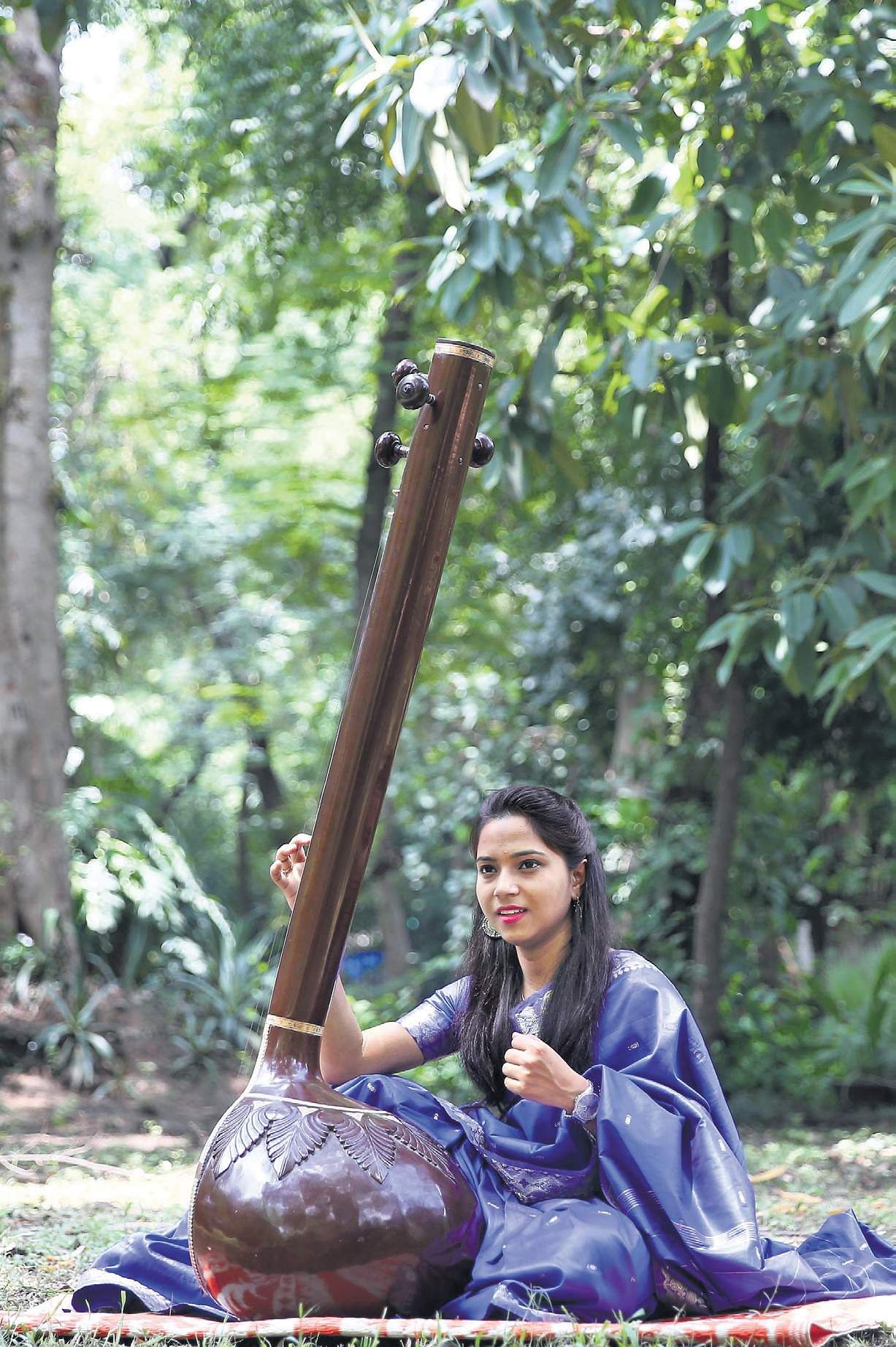 Geetanjali is convinced that classical music has the power to influence and transform minds. Reform-through-music therapy is an old practice at ‘Tihar Ashram’, where she has been training women prisoners in ragas. For those who desire to escape the confines of their circumstance with dance, she teaches Kathak for an hour.
“Juggling many responsibilities is not easy,” says the singer,  who is a guest music teacher at Netaji Subhas Institute of Technology in Dwarka.

Growing up in a family of musicians, Geetanjali would accompany her father, Arvind Kumar, to the prison as a child. Her evolution as a musician over the years led her to the doors of Tihar on her own. “I do not see the prisoners as criminals; they are my students. They give me respect and provide the audience an artist is hungry for. In turn, I encourage and motivate them towards change,” says Geetanjali, an MPhil student at the Delhi University.
Her proud father Arvind, who is Geetanjali’s idol, says: “I’m happy to see that she is following in my footsteps. Our household has been serving music for long, and Geetanjali is the beacon of this legacy. I want her to touch lives and turn them towards the righteous path.” Geetanjali says the jail authorities have been very helpful.

“Outsiders have different concepts about prison that have grown over time, but inside Tihar I don’t feel even a little that I’m among dreaded criminals. The prisoners are not dressed as shown in the movies; they respect you and have the best stories to tell,” says Geetanjali, whose favourite instrument is
the sitar.

The suffix ‘Ashram’ to Tihar was added by Kiran Bedi in 1994 when she was in charge. She had emphasised on reformation programmes for inmates. The complex has separate spaces for musicians to perform with instruments such as guitar, drums, harmonica and tabla. Geetanjali says, “We teach them ragas, khayals and how to sing bhajans.” Her music sets them free.