A few years of living in Delhi, Maheish Girri realised that the Yamuna needed urgent attention.

A few years of living in Delhi, Maheish Girri realised that the Yamuna needed urgent attention. He was pained to see the polluted and constricted river, which has often been termed a ‘drain’. Soon the international director of Sri Sri Ravi Shankar-led Art of Living Foundation realised it was not the government’s responsibility alone to clean the river. Public awareness was indispensable. 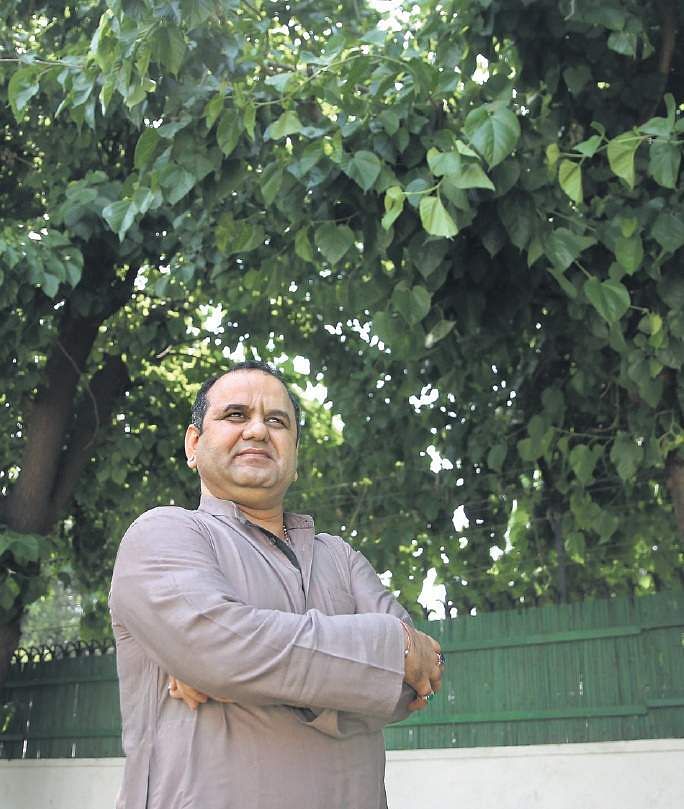 He decided to act upon this epiphany and thus ‘Meri Dilli Meri Yamuna’ (My Delhi My Yamuna) was born in 2010 to spread awareness about the significance of the Yamuna. Over the years, the BJP Member of Parliament from East Delhi and national secretary has succeeded in connecting over 10 lakh people with the campaign.

Nature-lover Girri, who made his debut in politics in the 2014 Lok Sabha polls, believes that the Yamuna is the life of Delhi. He, however, asserts that the river is paying for the ignorance of successive governments and lack of awareness among people.
“We have always used the holy waters of rivers such as the Ganga and Yamuna to purify ourselves. But it is sad that the Yamuna has become lifeless. My main endeavour is to create awareness against pollution in the water,” says Girri, who was born and brought up in Nashik, Maharashtra.

In March 2010, thousands of people from Delhi, including senior government officials, dignitaries and artists, pledged to clean the river under the ‘Meri Dilli Meri Yamuna’ campaign.
“The river is significant for the economic and ecological needs of the region and its people. However, over the years huge amounts of chemicals, plastic and other non-biodegradable pollutants have disturbed the ecological balance of the river. Billions of tonnes of sewage reach its waters through 1,580 small and big drains in the Delhi region,” says Girri.

He rues that millions of rupees have been spent on cleaning it in vain. “The multiplicity of agencies involved in Yamuna cleansing, such as the state government, municipal bodies and the Centre has compounded the problem. Many state governments, too, have got involved. Let’s not leave it only to the governments to rescue the river. We’ve invited industry, civil society, and government agencies to take it up with urgency,” adds Girri.