The Chattisgarh CM’s resignation was demanded after his son’s name allegedly figured in the revealed documents. 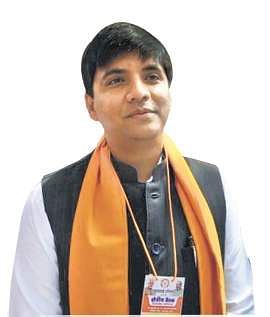 It has given enough ammunition to the Opposition in Chhattisgarh where the Congress is out of power since 2003. During the Monsoon Session of the Assembly, the Congress trained its gun on the state government and sought action against the chief minister both on the Panama Papers leak and Agusta A-109 chopper deal.

Congress vice-president Rahul Gandhi lost no time in demanding the resignation of the chief minister. “Like Sharif, the Chhattisgarh CM’s family is also an accused in the Panama Papers leak. But the chief minister has not yet resigned,” the Amethi MP said.

In 2016, ‘Swaraj Abhiyan’ leaders Yogendra Yadav and Prashant Bhushan dragged Singh’s son into the controversy, and sought an investigation on his reported links with two companies registered in the British Virgin Islands (BVI) after the Agusta Westland chopper deal was concluded. Bhushan, a noted lawyer, further alleged that $1.5 million were paid as kickback for the deal to Abhishek. “Abhishek Singh has been cited as shareholder in Quest Height Ltd. And registered address given is the same as shown in affidavit of Raman Singh,” the duo had pointed out.

Abhishek, a Lok Sabha MP from Rajnandgaon, countered the allegations. Raman had reiterated that his name has been needlessly dragged into the case and claimed that the charges were “speculative and politically motivated”.

“It’s a serious matter. The address mentioned in Panama Papers seems to be the residence of the chief minister in Kawardha and the name is mentioned as Abhishek. If it’s baseless, let the CM get it investigated by any top agency. But he is not willing to do it,” leader of Opposition T S Singhdeo said.
Within the state BJP there is now an apparent “wait and watch” situation on how the party’s Central leadership is going to react on both the Panama Papers leak and the Agusta chopper deal.